Home is the ultimate safest place in the world. But in reality, it does not remain safe all the time. There are some criminal groups in almost every community that poses a threat to safety. These criminal groups are often found engaging themselves in illegal activities like robbery, and sometimes it can also lead to death.

Not only this, but attacking bears also pose an alarming threat to our safety as taming an aggressive bear is not everyone’s cup of tea. To be safe in both instances, you must take a precaution that will help you in both. As a result, we need to follow safety measures even in the house.

However, there is various safety equipment available in the market. Among them, you can trust bear spray for home defense whole heartedly. My introduction with bear spray happened via a real-time incident that happened with my elder sister. My sister had to encounter a house robbery situation a while ago. The intruder tried to steal the commodities in the house and tried to treat my sister indecently.

Well, at first, the robber thought there was no one in the house. But later, when he found out about the presence of my sister, he tried to attack her. Luckily enough, my sister bought bear spray a few weeks back as it helped her get some time and call 911 for help.

Though she bought it in case of an encounter with a bear as they are pretty frequent in her locality, it also helped her save herself from the near danger. According to her, everyone should be bought bear spray for home defense whether you encounter a bear or any other trouble. 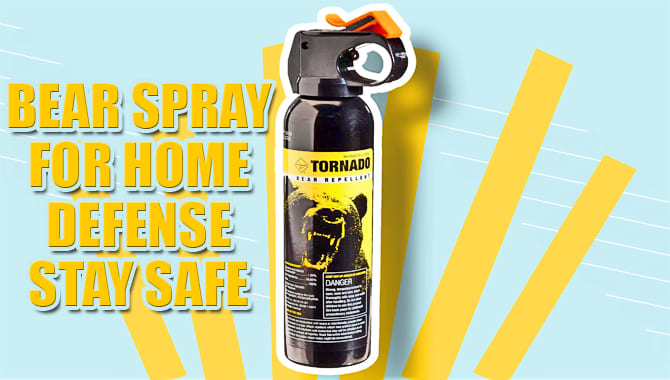 What is Bear Spray? 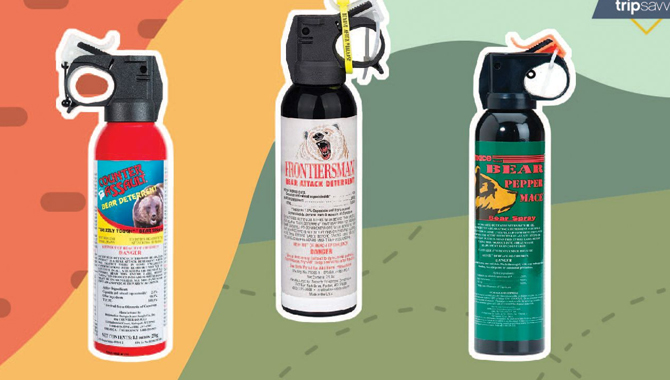 Bear spray is a form of pepper spray that contains capsaicin, an active component derived from chili peppers. Capsaicin, when sprayed into the face of a human or a bear, produces inflammation of the mucous membranes of the eyes, nose, and lungs, as well as, in some cases, breathing difficulties.

As the name ‘bear spray’ suggests, the main focus of this spray is to save you from the danger of an attacking bear. Bear spray works well to keep furious charging bears at bay. Every person who goes hiking, camping, fishing, or hunting in bear country should have at least one canister of bear spray with them.

A highly efficient bear deterrent, it includes compounds that cause inflammation and irritation in bears. It must pass through an expanding, well-atomized cloud before it can reach you. Moreover, bear spray for home defense a must in every household. 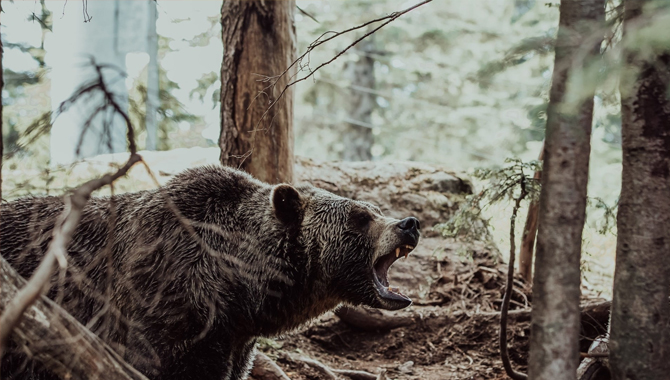 Carrie Hunt, a doctorate student at the University of Montana, was the first to develop a bear spray containing capsaicin in the mid-1980s. In a prior study, Hunt had found commercial pepper sprays as an efficient bear deterrent; but, they were unreliable and required proximity.

The US Fish and Wildlife Service released Hunt’s thesis in 1984. Bill Pounds, who eventually produced Counter Assault bear spray, offered Hunt assistance and promised to help him develop a prototype for a viable aerosol bear spray canister for his studies.

Furthermore, they created a bear spray mixture with a range of more than 30 feet (9 meters) and a spray time of more than 7 seconds. The pound was instrumental in the development of bear spray’s chemicals, dissemination technique, and suggested parameters. Counter Assault, the company he started, was the first to be registered by the Environmental Protection Agency (EPA) as an aerosol bear spray. 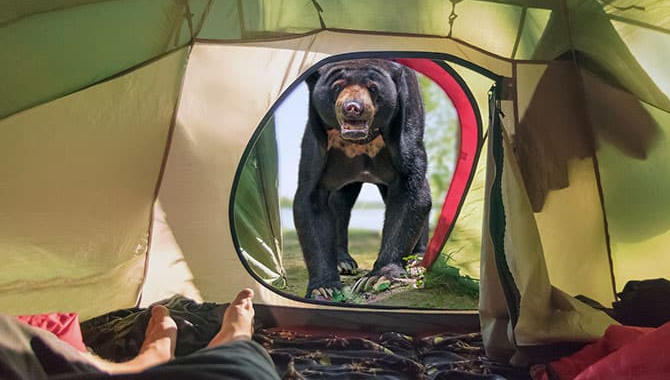 Despite the fact that the aerosol may fire absorbed capsaicin in bursts as far as eight meters away, it is most effective when used at close range. Using bear pepper spray causes the membranes of the bear’s eyelids, nose, and lungs to expand, which results in the bear losing nearly all of his vision and breathing capacity.

Bear spray, on the other hand, must make direct contact with the bear’s eyes and nose in order to be effective. Consequently, bears that have been sprayed will typically leave the area, giving you ample time to flee. This type of bear spray is made from ground up hot peppers that are forced out of a compressed canister under pressure. Those bears who come into contact with the mist sprayed from the container will have their eyes and noses burnt.

Depending on the product, the effective range may be anywhere from 18 to 30 feet, depending on the application. Despite this, the smell-related regions in a bear’s brain are 5-7 times larger than those in ours, according to research. According to observational evidence, as a result of this, their sense of smell is hundreds of times more sensitive than normal. As a result of their high sensitivity, bears are particularly vulnerable to the active compounds in Bear Spray. 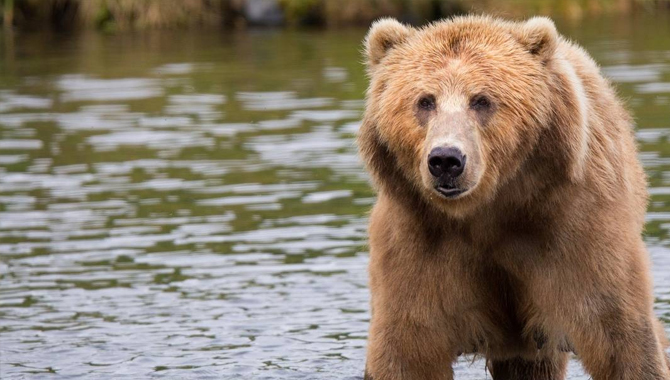 Capsaicin deterrents are particularly effective when applied appropriately on a hostile bear. According to the Interagency Grizzly Bear Committee, a federal and state government program to help bear populations rebound in western North America, bear spray effectively “deterred unwanted behavior” more than 90% of the time in a study of occurrences in Alaska.

The fountain was employed on grizzlies on 20 well-documented occasions, and the bears were halted. However, three of the bears returned later and attacked. Six black bears returned after being sprayed in 26 cases, but none struck. Thus, there are probably just approximately 70 known instances of bear spray being deployed in the field. 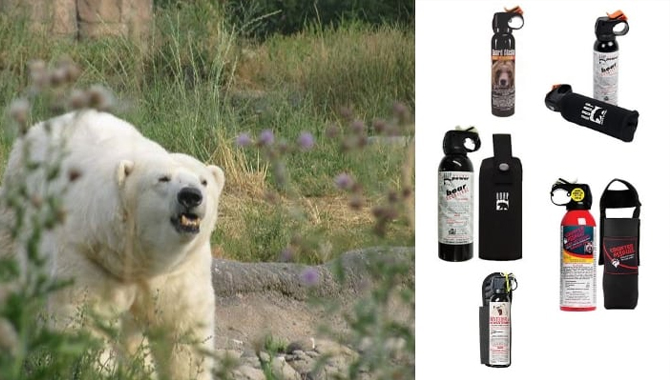 The main focus of bear spray is to save you from the attack of black bears, brown bears, grizzly bears, and polar bears. Bear Spray contains high-quality solvents and the active component capsaicin and related capsaicinoids, ranging from 1% to 2%.

Besides, bear Spray featured a revolutionary nozzle mechanism that increased the spray cloud’s distance, duration, and expansion. Nevertheless, bear Spray was now released in a powerful expanding mist, forming a barrier through which the bear could pass.

Instead of being aimed, this cloud may be steered. The duration of Bear Spray has been raised to 7+ seconds, allowing more spray to compensate for the wind, multiple bears, zig-zagging bears, those who stop to recharge, and the trek out. Bear Spray range was expanded to 25+ feet, allowing a bear charging from 60 feet to encounter a spreading cloud at 30 feet. You don’t need to aim your bear spray; create a cloud barrier that allows the bear to pass past.

Furthermore, even if the bear is mauling your companion, bear spray permits you to spray the bear. Bears react to the active ingredients in Bear Spray far faster than they do to a bullet. On the bright side, it is not necessary to see the bear spray it. A charging bear may be deterred by the orange spray cloud and a whooshing sound. 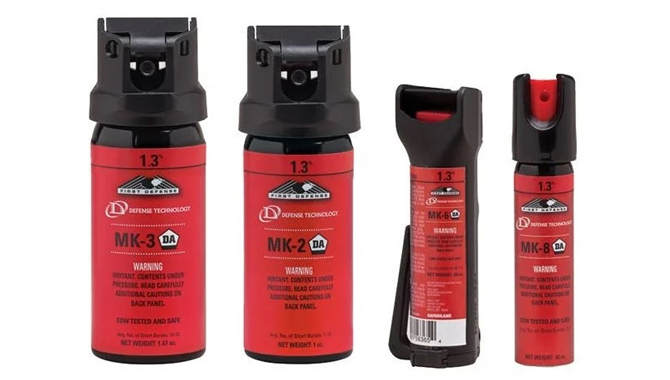 There is nothing without some disadvantages as nothing can be 100 percent perfect. In this respect, our bear spray is also no exception to the rule. As an example:

Moreover, while using bear spray, we need to be cautious.

The components that we can find in a bear spray are as follows: 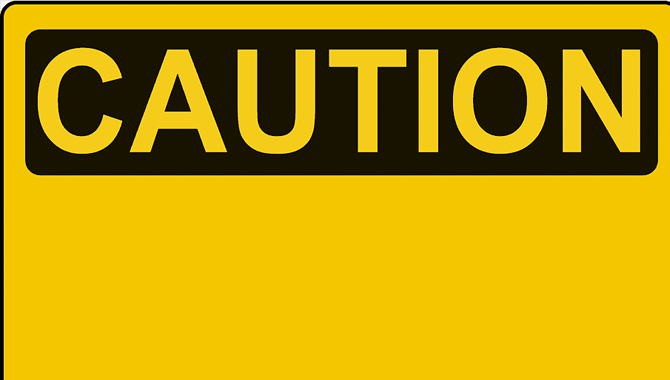 While using any chemical substances, we need to be cautious. Otherwise, accidents may happen. However, while using bear spray, we need to maintain some precautions to ensure our overall safety. Such as- 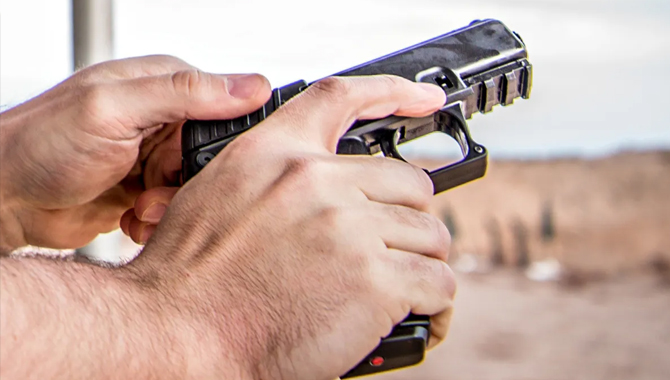 Though we told you to remain cautious, accidents still happen. So, if an accidental discharge occurs, you do not need to panic anymore, as with the following hacks, you can overcome it. For instance-

Well, we hope the above hack comes in handy to you in time of your need. 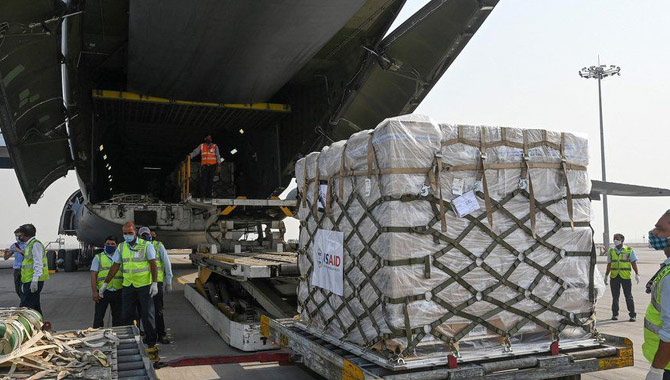 In this section, we will focus on hacks in case you have somehow managed to affect yourself. Due to accidents, bear spray for home defense may act against you. It is possible to take the following steps in this situation:

Pepper Spray and bear spray both have a wide range of uses. Although the bear spray is useful for bear protection, bear pepper spray can be used for everyday purposes such as personal safety and self-defense. Here are some comparisons of bear spray and pepper spray:

Many people turn to bear or pepper sprays when they feel that their safety has been compromised. Although bear spray and pepper spray are more or less the same – bear sprays have a lower concentration of capsaicin, which is an active ingredient found in pepper sprays that gives them their “heat.”

Which is More Powerful?

Which is More Effective?

Which is Easier to Use?

Well, we can find ourselves under the attack of animals such as bears on any passing day. While in typical cases, animals are not hostiles. But if luck is not on our side and we encounter an aggressive one, we may need some help. However, in such cases, bear spray for home defense acts as our rescuer. Moreover, we hope that this article comes in handy for you and always stay safe.

Question 1: What Happens When  A Human  Is Sprayed With  Bear Spray?

Answer: A person exposed to bear spray will have swelling and irritation of the mucous membranes of the eyes and nose, which will cause the eyes to water. Emotional reactions include uncontrollable tearing of the eyelids, nasal bleeding, and coughing.

Question 3: What Odors Do  Bears Despise?

Answer: While bears enjoy anything sweet (including honey), they have been known to avoid pine-scented items. Bears are repulsed by the aroma of pine-scented cleansers, which include pine. Bears can be deterred by using pure pine oil or a cleaner containing pine oil, such as Pine-Sol.

Answer: Bear Mace is an aerosol product that contains about 1% of chili pepper oil. When this chemical comes in contact with the eyes it causes inflammation, pain and temporary blindness.

Question 5: Is Dog Spray The  Same  As Bear Spray?

Answer: Bear spray is made out of oleoresin capsicum (OC), a chemical compound that affects mammals’ eyes and respiratory systems. While homemade dog sprays made of vinegar and dish soap because they are less expensive and work just as well.