Science and scientific technologies always work for the betterment of humans. This 21st century has been overtaken by science. It is blessing us with new inventions one after another.

Scientific technologies affect every sphere of our lives. From waking up to going to bed, we use these inventions. These inventions make every creature’s life safer and better.

Bear Spray is such a kind of invention of science. It is a defensive spray that is used to deter aggressive and attacking bears. Thus, contributing to the safety of both humans and bears. What does bear spray do? Is it effective? These are some big concerns of campers and mountain hikers.

Because sometimes bear spray could be the only thing between you and a bear. Worry not, we have got you covered. This article will discuss bear spray and some safety measures. But first, let’s be enlightened with the answer to a question, what is bear spray? 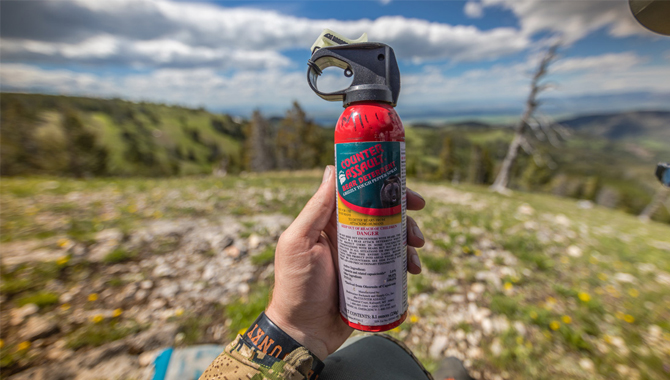 Bear Spray is a very effective bear deterrent aerosol spray. It is more like a pepper spray version for bears. The derivatives of capsicum namely capsaicin are the main ingredients of bear spray. This defensive spray is a means to save both the life of the attacked person and the charging bear. This non-lethal spray is an alternative for lethal bear-killing weapons.

This spray, a specimen of humanity, was developed back in the 1980s. An investigator, Carrie Hunt, noticed that pepper spray is somewhat effective to drive away bears. Then another man named Bill Pounds along with Hunt developed an effective aerosol bear spray.

The range of their spray was 30 feet and it continued to spray for 7 long seconds. Later, Pounds founded the company named Counter Assault Bear Spray.

It was the first EPA (Environmental Protection Agency) approved bear spray. Bear Spray is proved to be very effective to neutralize a bear. The range and spray duration of bear spray vary from company to company.

What Does Bear Spray Do? 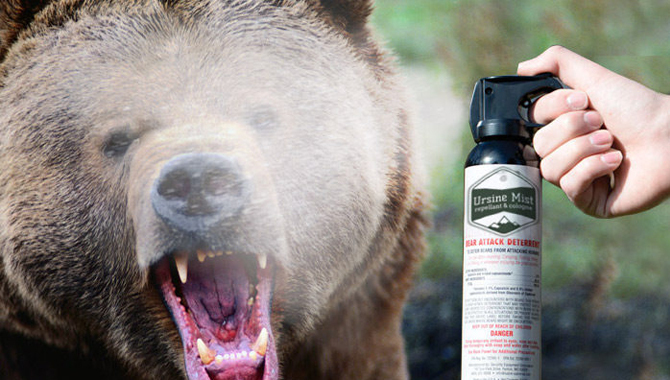 The function of bear spray is to deter an aggressive and charging bear by discharging aerosol spray from a canister. This spray contains 1-2% of capsicum derivatives namely capsaicin.

These ingredients cause a burning sensation in the eyes of a bear. For this reason, a bear cannot properly see, breathe, and smell for a time being. This allows you to escape immediately.

There are numerous precautions you can take to minimize the chance of encountering a bear. In Alaska, with no human population in their vicinity, they have way more lives going on at once than what most humans will encounter when camping.  They’re also paid an annual allowance by state authorities that let them do whatever is necessary for safety and well being. 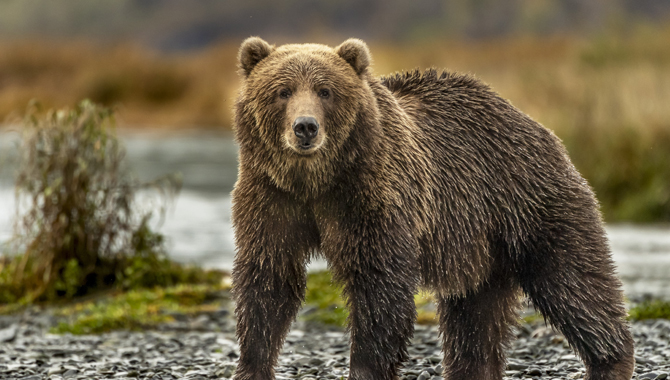 Bear Spray is proved to be very effective by so many studies. A study of Alaska regarding bear attacks shows that 98% of people escaped unharmed after using bear spray in close encounters. 92% of the time it stopped the bear’s challenging behavior.

Furthermore, there was no report of a bear being killed by bear spray. So, it is very much effective to save both the lives of a person and a bear. Studies across the United States suggest that you must not depend only on bear spray.

It is not a substitute for proper bear avoidance and safety techniques. You must not get too close to a bear willingly only because you have bear spray. Following bear avoiding procedure is imperative. The Alaska study also shows that 2% of people who were injured were attacked by brown bears.

Though their injuries were minor. Some kinds of bears could be more dangerous. Brown Bears, Sloth Bears, Asiatic Black Bears have the most probability to harm people. But the Polar Bears are the most dangerous of them all. 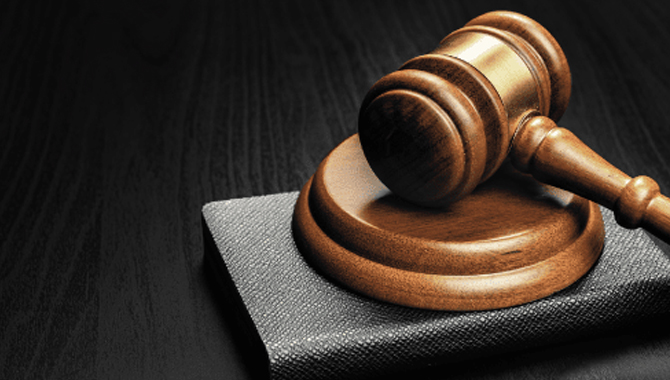 Bear Spray is legal all across the United States. Some states like New York, Massachusetts, and Hawaii do put a lot of restrictions on pepper spray. You can only buy them once you get a license. But there are no restrictions on Bear Spray.

Otherwise, you would face the consequences. Bear Spray is illegal to carry onboard an Airplane. All the bear spray registered with the EPA is legal in the United States of America.

Where To Buy Bear Spray? 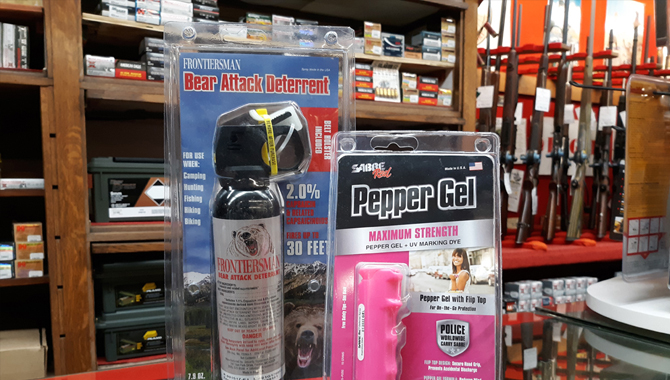 Going camping or hiking? You may need to buy bear spray to ensure your safety measures. You can get one from the local community stores. It is also available at some gas stations.

Find it in drugstores, gift shops, service stations, etc. There is also rental bear spray available in various National Parks all across the United States. We recommend you buy EPA-certified bear spray. Other sprays may not work properly against a charging bear.

When Do You Need Bear Spray?

In a wilderness survival situation, you should ALWAYS carry bear spray with you in case of encounters with bears, especially if travelling alone or into really remote areas.

Your first offence should always involve a large, possibly semi-domesticated bear. You should use your spray each time you encounter a black bear or dogman/bear. Each subsequent 1st offence after that could be avoided by appropriate planning and preparation.

How To Use Bear Spray – Simple Ways We do wish that you never have to use bear spray. If you have come to such situations, your life may be hanging in the balance. Proper use of the bear spray can save your life. First of all, you must try to avoid such situations. We will mention the behaviors of bears down below. 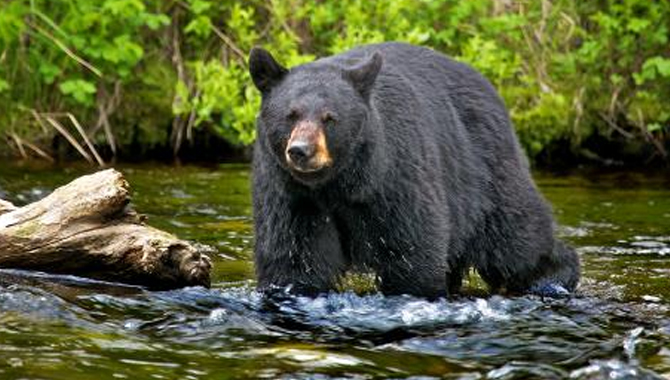 We have to learn about bears if we want to avoid agitating them. Let’s take a quick note.

How To Use Bear Spray What If  You Don’t Have Bear Spray During An Assault? 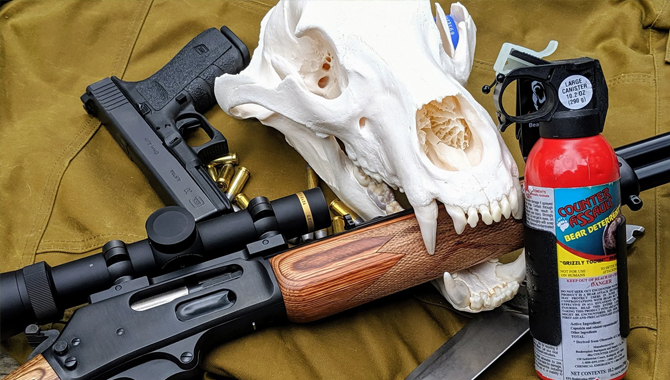 We always want you to be prepared for the worst and hope for the best. Sometimes, you may confront a bear while you are camping or hiking. But you don’t have any bear spray!

This is what you can do in such situations. Many National Parks around the United States arrange to show you tutorial videos about confronting a bear.

Watch these videos before you enter the wilderness. Bears usually do not attack you if they are not disturbed. So, try not to disturb them in the first place. Do not surprise bears. Always make a lot of noise so that they can know if something is coming. If they feel surprised and think that you are lurking to attack it, then you are in big trouble. Follow the steps if a bear attacks you.

Please note that these steps are only applicable for black or brown bears. Polar Bears are so aggressive that they will not be afraid of your yelling. It is imperative not to go near the areas where polar bears live. Or use a sealed vehicle to visit those places. 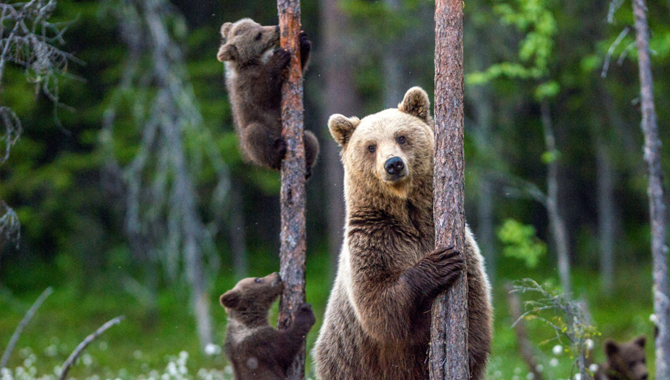 If you love to camp or hike in the wilderness, then this section is for you. Let’s note down the below tips to make your camping or hiking Safer.

1.Should I Worry About Bears While Camping?

Ans: Yes. Bears and other wild animals inhabit almost every environment where humans live across the continent. Bears will be around if you remain in contact with your food sources such as garbage cans, campgrounds, etc.

Your best defence against bear attacks is to keep yourself as far away from possible sources of food as practicable by hiking long distances or avoiding commonly travelled trails/roads/campsites whenever they can be avoided.

Bear attacks are extremely rare, but their attack rate is unknown because you never hear of a person being attacked by a bear. In the US, it’s estimated that humans kill about 30 bears every year accidentally with firearms and cars etc.

I think even this low number is way too high! You don’t want to get within 200 meters of any animal near your food source, if possible, without some serious preparation for an encounter.

2.Do You Need Bear Spray For Black Bears?

Ans: No. Bear spray is ineffective against black bears as their body fluids irritate the eyes and cause temporary blindness like common household cleaners exist for humans. Still, they don’t react to it nearly as much and remain unaffected by its effects on brown (fuzzy) or grizzly bears.

I’ve tested this experimentally with a friend of mine who’s an expert archer. He shot identical empty cans at exactly 30 meters from a black bear, brown or grizzly. They all failed to spray back.

3.How Do People Stay Safe From Bears When Camping In America?

Ans: There are numerous precautions you can take to minimize the chance of encountering a bear. In Alaska, with no human population in their vicinity, they have way more lives going on at once than what most humans will encounter when camping.  They’re also paid an annual allowance by state authorities that let them do whatever is necessary for safety and well being.

4.Can I Survive A Bear Attack By Just Using A Bear Spray?

It depends. Bear spray is not the first line of defence for what you’re facing, especially if your life is in immediate danger. It will only work once the individual has seriously threatened to do more damage on purpose or unintentionally by accident (though human error can be annoying).

Bear Spray is a life-saving defensive spray. Its capsaicin derivatives are very effective to deter an attacking bear. It is essential to carry bear spray whenever you camp or hike in the wilderness.

Learn how to use bear spray. Always maintain the safety rules. It is a very good idea to be prepared for the worst. We always hope for the best for you. I hope now you know what does bear spray do.