Today we are going the discuss the differences between Bitstream and PCM. Though there can be very few differences caught when a non-expert is comparing Bitstream with PCM, we have thoroughly studied both of the subjects and their mechanism so that you can take a deeper dive to understand the difference between them. After finishing this article, you will have sufficient knowledge of these two systems and compare them and choose the one that satisfies your requirements. Let’s get to know about Bitstream VS PCM.

Video Players have different types of audio settings, which depends on what receiver the video player is connected to. If they are connected through HDMI, which stands for High-Definition Multimedia Interface, then the video player will be able to use one of these two main audio outputs. They are Bitstream and PCM. Though the audio quality doesn’t massively depend on the audio output system, there are other sectors where they can be differentiated. PCM and LPCM is Not the Same Thing 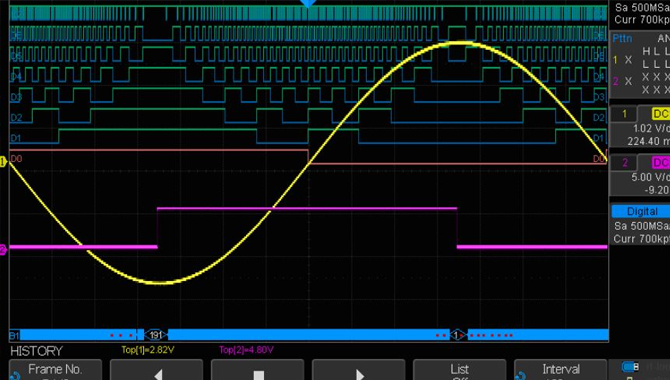 It is a common mistake when it comes to setting up an audio system. People often confuse LPCM with PCM. PCM gets its sound source directly from the video player console and does not need to go through a home theater. PCM works better for headphone users rather than speaker users. However, opinions might differ for different users. LPCM has some similarities with both PCM and Bitstream but should not be thought of as the same system as the other two.

Introduction To Bitstream And PCM 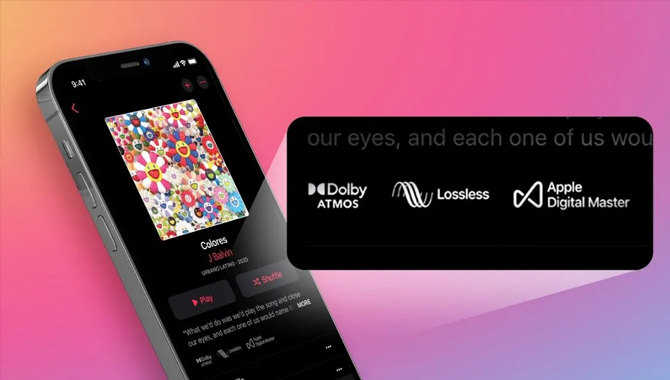 As we already established, you get two options for choosing an audio system while connecting a video player device to a receiver using HDMI, which is Bitstream and PCM. Even though the sound quality stays pretty much the same for either of the systems, here are the basic mechanisms of

Suppose you choose to use the PCM audio output system. In that case, the video player will automatically decode the audio of all Dolby, Dolby True HD, DTS and DTS HD Master Audio-related audios and soundtracks on its own. Then it will send the audio to the receiver, and the audio will be in uncompressed form.

PCM is recommended for using secondary audio features such as audio commentaries, descriptive audio tracks, or supplementary audio tracks. For these types of audio, PCM will provide the best audio quality as it decodes the audio beforehand. PCM decodes the audio without putting any pressure on bandwidth which Bitstream is unable to perform. But when it comes to optical and coaxial connections, PCM is not ideal. These connections offer a lower bandwidth that cannot send a decoded audio signal as decoded signals are much larger and need more bandwidth.

On the other hand, the audio signal does not get decoded internally when the Bitstream audio system is used. In the case of the Bitstream audio system, the audio signal bypasses the decoder that is set in both Dolby of DTS audio decoders. The compressed audio file is directly sent to the receiver from the video player. Here the decoding of audio is done by the receiver.

The receiver decodes the audio files and sends them directly to the amplifier and then to the speakers. So, when the Bitstream system is used, the video player will display Dolby, Dolby True HD, DTS, DTS HD Master Audio, Dolby Atmos or DTS-X, depending on which type of bitstream system is used to decode the audio signal. If Bitstream is used for secondary audio settings, the audio quality will become downgraded. So, it is better not to use Bitstream for this particular case.

Key Differences Between Bitstream and PCM 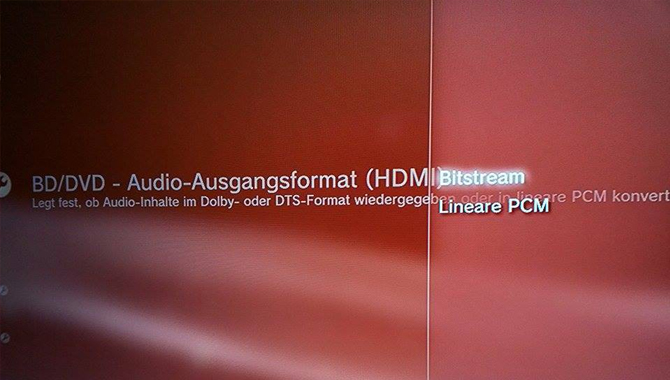 The main difference between Bitstream and PCM depends on which device is being used to send the audio signals to the receiver. Bitstream was originally sourced from the PCM code data. So, the audio quality is generally the same. If the video player device is able to decode audio internally, then it is better to use a PCM audio system.

Pros And Cons Of Bitstream 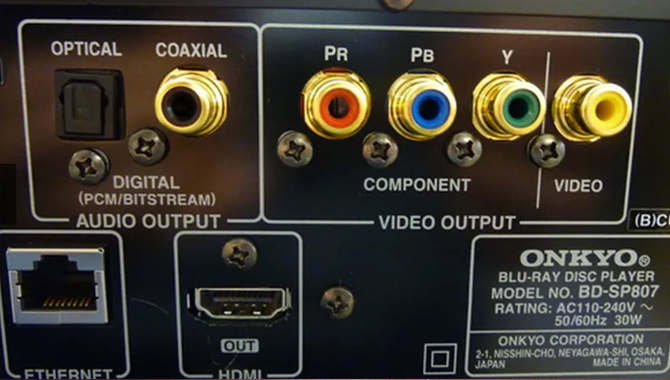 Pros And Cons of PCM 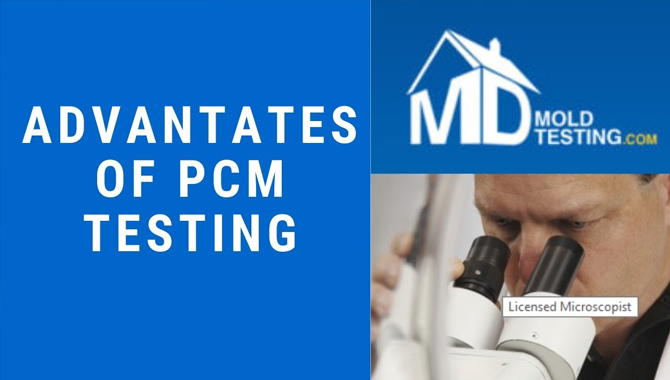 Some Minor Difference Between Bitstream and PCM 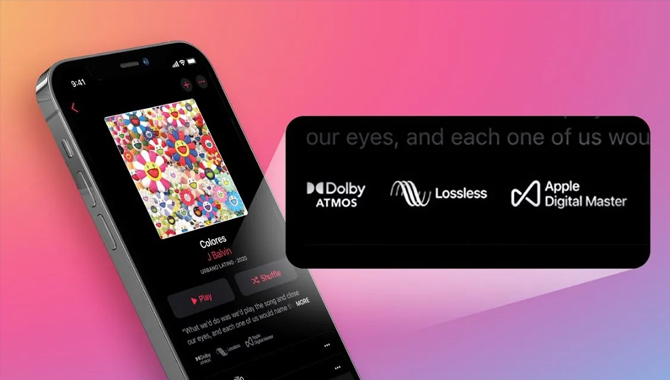 The Similarities Found in Bitstream and PCM 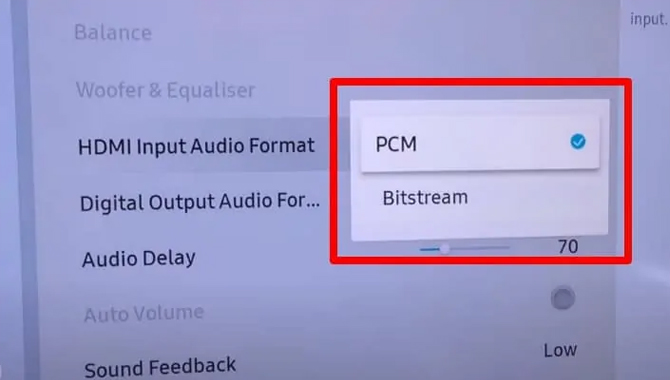 Though Bitstream and PCM are different types of audio systems, there are some similarities found between them. Both of the systems feature a great sound quality. Both can be used for almost all types of DVD and Blu-ray players. Both systems have to convert the audio signal from digital to analog so that the audio can be played through a speaker.

Which One To  Use For Television? 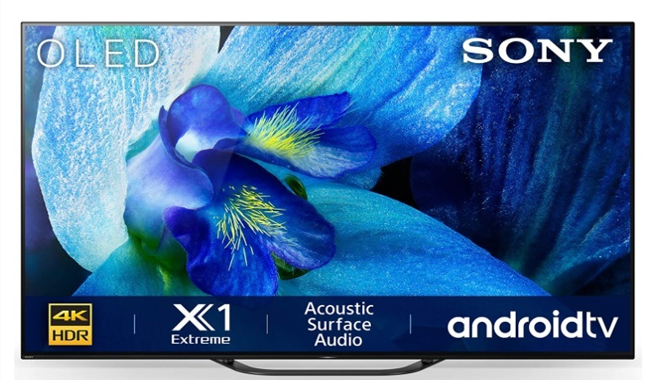 So, if Bitstream is used for Television, as the audio signal is not decoded beforehand, it has to be decoded by the speaker system of the Television. Most of the time, the television speaker decoding system is not that great, and it degrades the sound while decoding it. So, the sound quality is lowered and which is not pleasant at all. Thus, PCM is the better option for using in Television as the audio signal will be decoded before it is sent to the television speakers.

I hope now you know about Bitstream VS PCM.