The season is defined as a certain period of time of the year which is distinguished depending on the condition of the weather. Generally, there are four seasons in total. “The chronological order of the seasons is spring, summer, autumn and winter.” Though some countries consider only three of these reasons, most of the countries of the northern hemisphere can be divided between these four seasons. So, what is the correct order of seasons? All the seasons are generally based on the climate and the condition of the climate.

Due to the rotation of the earth around the sun, the climate changes from time to time. Thus, new seasons come round after a certain period of time. The season stays active until it’s time for the new season to come naturally. This time period is generally three to four months long. Different seasons have different features to offer. Nature changes with the climate, and the season peaks to its full glory. Today we will discuss all the seasons and their tropes and also learn about their importance. 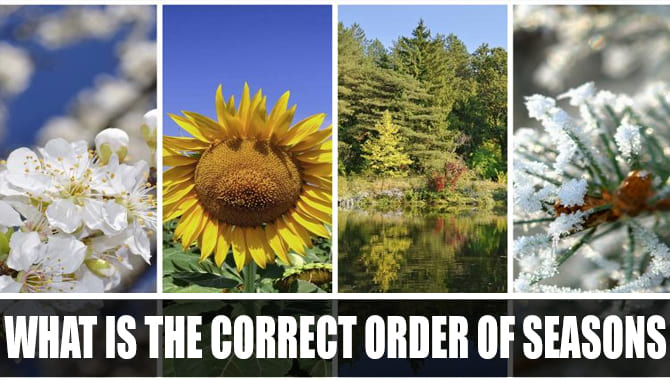 What Is The Correct Order Of Seasons? Discuss 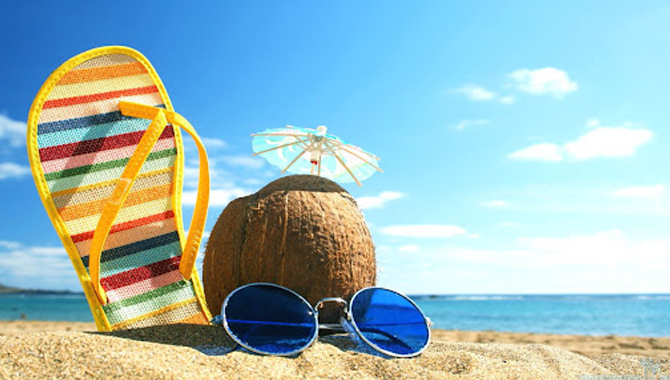 Summer signifies the hottest weather of the year. In summer, the temperature rises to a high degree, and hot weather is experienced through the months. Summer generally comes after springtime as the temperature goes up after spring ends. The starting date of summer varies for different areas and countries.

The summer comes with dry and hot weather. The sun shines brighter, and the weather feels tiresome. In some areas, especially in Eastern Asia, summer also brings the monsoon season, where it rains heavily. This rain is the main source of cultivation in those areas. Cyclones can be seen in the season of summer as the weather is hot, which makes the air hot too. Hot air spirals from the bottom to the top, which generally causes cyclones. 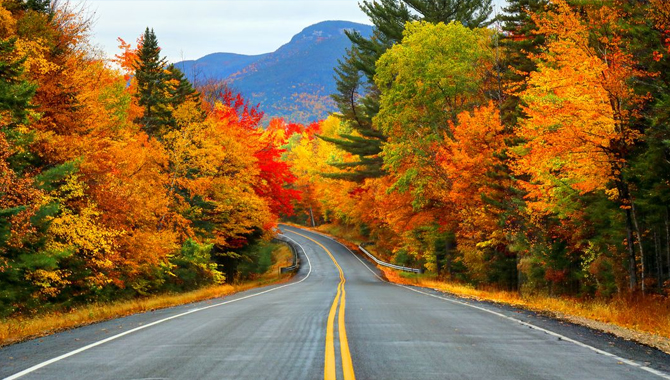 After summer comes the season of autumn. Autumn is experienced in the middle of summer and winter. It signifies the changes in the weather from summer to winter. In autumn, the daytime period becomes shorter day by day. Thus the nighttime period increases. The temperature also starts to get cooler than the previous hot weather of summer.

The word autumn comes from the Latin word “autumnus,” which means the passing of the year. The start of autumn is experienced from September in the northern hemisphere. Autumn stays active through September, October, November and some portion of December. The southern hemisphere experiences autumn, which starts in March and ends in the middle of June.

In autumn, a significant change occurs the nature. The trees turn their color into a faded shade. This means that the trees are preparing themselves to adapt to the winter. The color of the trees turns from green to brownish-yellow. After their color has turned fully, they become ready to shed. This gives nature a different look. Autumn features cooler weather than summer, and people can feel a cool breeze when they go out in the open nature. It is a great time to visit places and go on tours. The heat from the sun is low and cool air passes all the time. 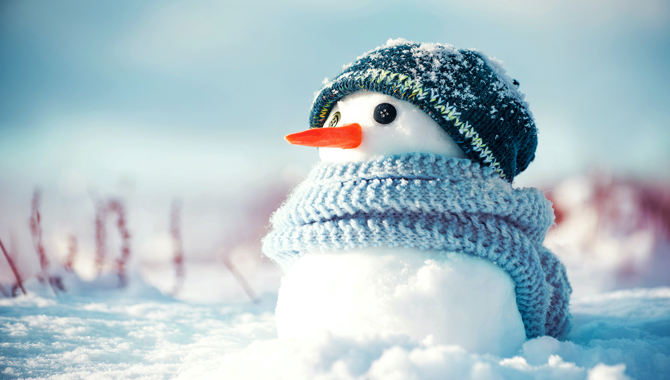 Winter marks the coldest time of the year. The temperature drops very low, and shivering cold is felt throughout the season. It is the season of cold weather. Winter occurs right before spring after autumn is finished. When it is winter, the sun is farther away from earth, which causes low solar energy and cools the weather. In winter, the daytime becomes shortest, whereas the nighttime becomes the longest.

In winter, the weather becomes super cold. Some areas and countries experience snowfall as the temperature approaches negative degrees. The tree leaves, which turned their color in autumn, start to fall from the trees when winter starts. This happens mainly because, in the winter, the water stored in the soil starts to dry out. So, the trees can’t get enough nutrients to feed their leaves. So, they shed the leaves and wait for winter to pass away. 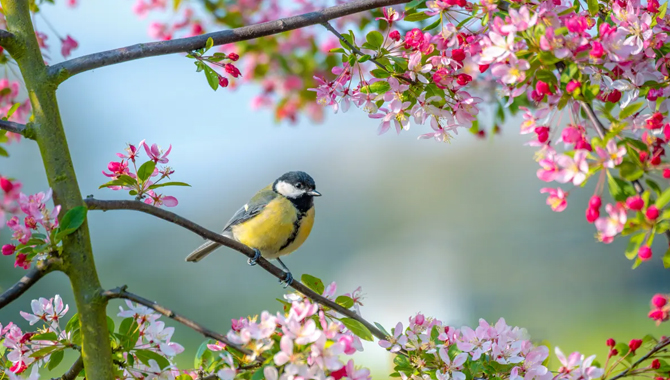 After the winter season is over, then comes the season of spring. Spring signifies the renewal of nature. It is often said that spring is the best of all seasons. In spring, nature recovers from the shivering cold of the winter. Nature starts to repair itself, giving itself a new makeover.

In spring, all the trees which shed leaves in the winter season start growing new leaves. Nature turns green. Flowers bloom in the spring season, making the season more mesmerizing. The climate experiences a balanced temperature. It is neither very hot nor very cold. Different festivals are hosted throughout this season. Different countries celebrate spring in different ways depending on the culture.

Are There Four Seasons Everywhere?

The intensity of solar radiation striking any particular location on Earth’s surface is higher when the latitude is 44° from either equator because intensity drops off as you move away from the equator, and at mid-latitudes (i.e., around 40° latitude), there are 4 extra weeks during which the Sun is at zenith.  This means that the total amount of solar radiation reaching Earth’s surface in a given season is not equal everywhere on Earth, but increases significantly with latitude: it’s higher in high latitudes than in low latitudes.

There are also other factors such as sunshine duration and cloud cover. All these variations mean that, while the general pattern of seasonal changes is certainly universal, different places on Earth experience differences in temperature during each season  And these differences can cause seasons to be more pronounced or less pronounced than others. For example: – It’s winter in Australia when it’s summer in the US; and vice versa. So we have this images of a year bynce of 4.

How the Seasons are Formed?

The Earth’s rotation around the Sun creates changes in how much solar radiation reaches different parts of the planet, leading to different temperatures at various altitudes.  This is because when one part of the world is tilted towards the sun, it receives more solar energy – the incoming rays are more perpendicular to a surface – than when that same part is tilted away from the sun.

The opposite is true of latitudes that are tilted away from the sun: they receive less solar energy than they would if they were not tilted. These varying levels of solar radiation create differences in temperature and climate between the different regions on Earth, and it’s these differences that drive our seasons: when a region tilts towards the sun, it has summer; when it tilts away from the sun, it has winter.

Why Is It Important For The Season To Change? 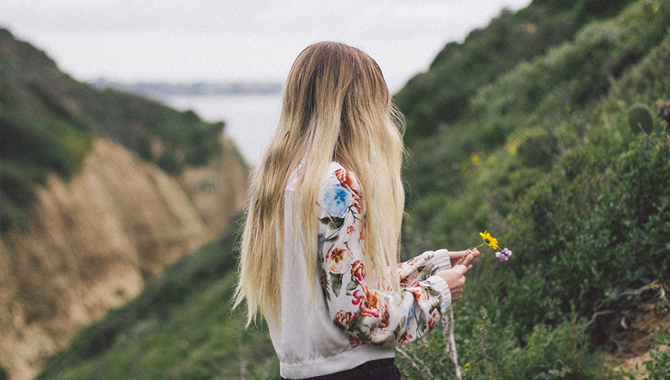 As the earth keeps rotating around the sun, seasons keep changing in both hemispheres. It is very important for the seasons to change because different seasons bring out different sides of nature. In winter, the trees get enough time to store energy. People get less tired as the weather is warm. In autumn, the weather goes through a change and prepares for spring. Summer gives the planet solar energy.

Rainfall is also caused by the heat of summer, which is essential for farming and cultivation. Spring gives nature a new look reviving it from previous seasons. So it is very important that all the seasons are experienced throughout the year for the betterment of both nature and humankind.

I hope now you know what is the correct order of seasons.

1.What Are The Five Seasons In Order?

Ans: These seasons are Spring, Summer, Autumn, Winter and then your Second Spring.

2.Why Fall Is Called Fall?

Ans: autumn, season of the year between summer and winter during which temperatures gradually decrease. It is often called fall in the United States because leaves fall from the trees at that time.

3.What Season Is September?

4.Which Is The Correct Order Of The Temperate 4 Season Occurrence?

Ans: In temperate and sub-polar regions, four seasons based on the Gregorian calendar are generally recognized: spring, summer, autumn (or fall), and winter.

5.Is Autumn And Fall The Same?

Ans: While both used throughout the United States, ‘fall’ has become the more popular term. From the 1800 to the present, ‘autumn’ has been more popular in Britain and the opposite can be said for America, according to Writing Explained.