If you would like to learn about the five seasons in order, you need to have some ideas about the weather staff and the geographical locations.  The number of seasons depends on the geographical locations. It varies based on the places and the response of the weather around it. You are going to know here in which order the five seasons come. Let’s get to know the seasons one after another. 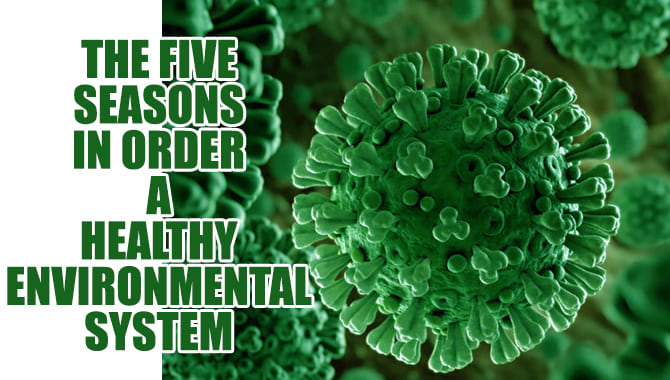 Which Order the Five Seasons Come? 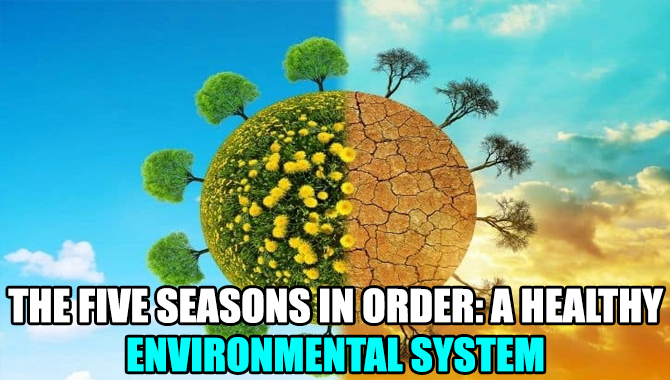 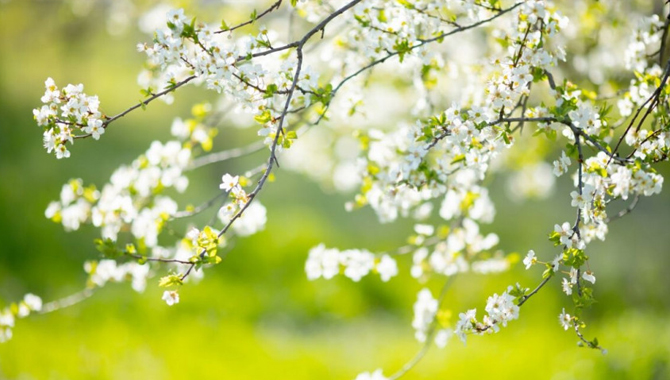 Spring foretells you about the arrival of summer. The Northern Hemisphere is the place on the north side of the Equator. You find Spring begins here on the first of March and continues until the thirty-first of May.  You will notice the longer days and warmer weather at this beginning of the year. So it is obvious that this part of the world has more sunshine during May.

Melting snow, flooding, and the appearance of buds on trees and bushes are the usual matter of Spring. Sometimes it may rain, but it won’t stay longer. You will experience an amazing rainbow after the rain! This time always brings winds and a lot of clouds in the sky with unique and unusual shapes. You can see thaw near the trees and in the fields, as is customary. 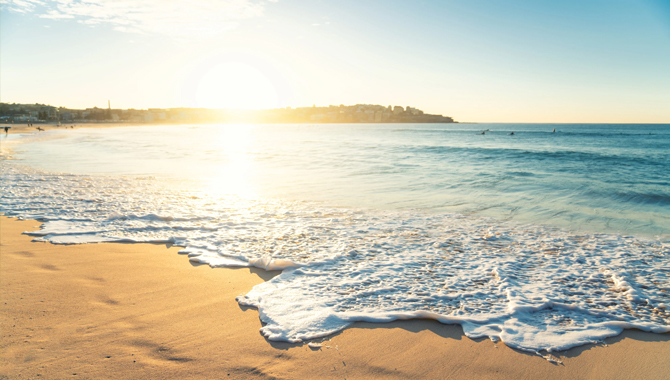 Summer Days are extremely long and hot at this time of year. But you will find the shortest nights this time. The sun is shining brightly, and everything surrounds you is pleading with you to go outside! Summertime is for spending time by the sea and sunbathe. The sun is most active during the summer months. Everything in nature receives lots of energy from the sun to help organisms.

Summer heat creates long-term conditions for animal and plant activity. In the Northern Hemisphere, Summer begins on the first of June and ends on the thirty-first of August. July is the hottest month due to getting more direct sunlight at this time. In the Southern Hemisphere, Summer officially begins on the first of December and ends on the twenty-eighth of February. 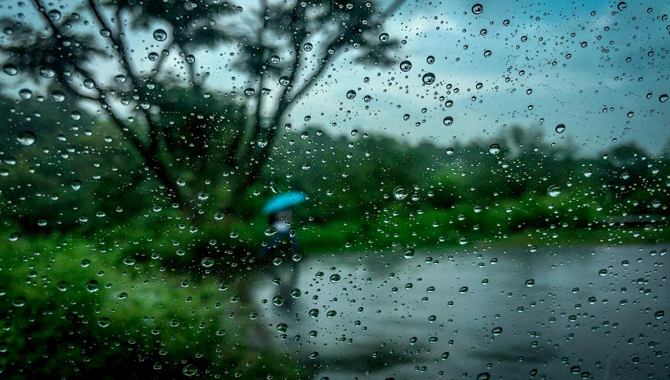 The Rainy season is the best time to see the rainbows also. The sunlight and water jointly create this truly beautiful phenomenon. Thunderstorms are a common occurrence at this time. It aids crops to grow more quickly and yield a larger harvest!

Monsoon dominates the climate of South Asia and the area around the Indian ocean. The differential heating and cooling of landmass cause seasonal reversals of direction. The wind blows from the northeast in winter and the southwest in summer.

Because of the pressure difference, winds flow from the high-pressure area to the low-pressure area, which is from the ocean to the land. The summer monsoon winds bring in a massive amount of moisture, resulting in heavy rains across the subcontinent.

The Indian Ocean’s summer monsoon flow dominates weather scenes in Bangladesh, northeastern India, the Gangetic Plain, and the southern Himalayan slopes. It makes its way into Bangladesh in late May or early June and continues to move toward the center of low pressure. 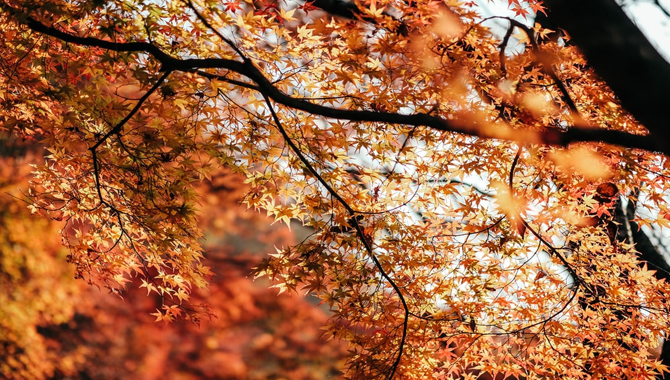 Autumn starts on the first of September in the North side of the Hemisphere and ends on the thirtieth of November. This season starts on the first of March and ends on the thirty-first of May in the Southern Hemisphere. Autumn, also known as Fall, is characterized by significant changes in nature. Days become shorter as the temperature drops. Temperatures begin to fall, and in some areas, hurricanes are possible.

Plants scatter their seeds on the ground or in the wind, and some animals eat or collect them in preparation for the winter. Autumn is a time for harvesting. Farmers and gardeners gather crops because the first frost can come unexpectedly and ruin all of their efforts to grow them.

You know that Autumn always brings gray and heavy clouds in the sky and strong winds. Growth in the region of starlings is another interesting phenomenon that occurs only in Autumn. They form large groups of birds and swing together. You must not miss it! Also, the autumn season causes birds to migrate to warmer climates, so everyone will see birds flying away. 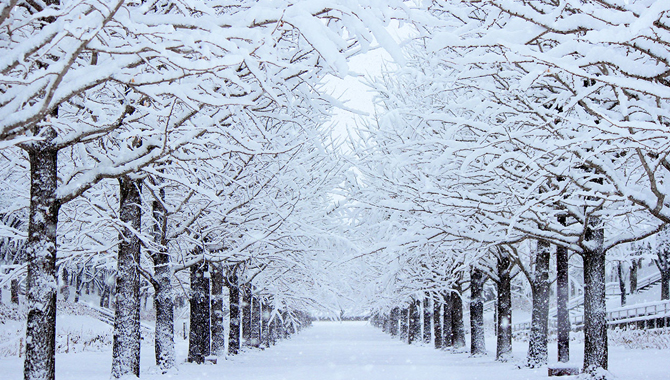 Because of the frosts, crystal nights, snow, and simply the amazing atmosphere, everyone feels a sense of magic in the air. Nature sleeps during the winter season. As a ground, you can see trees that have recently been covered by snow. Days become shorter and, as is customary, less sunny, while nights become longer. In addition, the winter season is the best time of year to see stars in the night sky because they are the brightest at this time of year.

During the winter season, the sun is not as active as usual. Temperatures are low and extremely cold days. Snow is the most stunning winter phenomenon! You know that snowflakes never repeat themselves; they have amazing shapes that vary with each new snowflake. Another amazing phenomenon that you can observe during the winter is the crystallization of water. It is extremely beautiful and enhances the beauty of the environment.

Importance of Season For Earth

Our Sun is the source of almost all life on Earth. Without it, things would be very different here on our planet.  Some of these differences may sound like science fiction to us now but they are a reality for some other planets in our solar system and even more so on planets around other stars. Planets that are far away from their star are likely to be very cold.

Even if they are the right distance away if they don’t have an atmosphere with greenhouse gases like carbon dioxide and methane they will freeze.  The combination of temperature and carbon dioxide has made Earth’s climate livable for us by keeping our planet warm even though we are 93 million miles (150 million km) away from the Sun.

Some of the planets like Mars used to have atmospheres rich in carbon dioxide and methane which kept them warm but they don’t anymore because these gases mostly got frozen after Mars lost its magnetic field.  Venus is closer to the Sun, has an atmosphere that is over 95 percent carbon dioxide and it’s about 800 degrees Fahrenheit (400 degrees Celsius). That’s why Venus is too hot for liquid water to exist on its surface and as such, it’s not a place that can support life as we know it.

Even the most abundant greenhouse gases like carbon dioxide and methane would be frozen out of an atmosphere if they weren’t constantly replenished. On Earth, the source of this replenishment is primarily volcanoes. Carbon dioxide and methane are both released from inside the Earth into our atmosphere through volcanic eruptions, but they do get removed from the atmosphere by chemical reactions with other chemicals or get absorbed into the oceans.

The volcanic activity that produces these greenhouse gases also produces mountains and island arcs – things like Japan, Hawaii, and the Andes. The volcanic activity also releases nitrogen into the atmosphere, although it’s usually in a form that can’t be used directly by plants.  Nitrogen has to go through chemical reactions in lightning and with bacteria living in the soil before it can get taken up by plants and turned into proteins needed for life.

These five seasons in order maintain the environmental balance. Moreover, every micro-organism can lead a healthy life for the ecological balance. Eventually, you can find proper discipline in the system. You are also a part of this magnificent system. That’s why you need to be aware of the preservation of Mother Nature. Hence, It will stay in order.

1.What Is The Order Of The Seasons?
Ans: The four seasons—spring, summer, fall, and winter—follow one another regularly. Each has its own light, temperature, and weather patterns that repeat yearly. In the Northern Hemisphere, winter generally begins on December 21 or 22.

2.Is Fall And Autumn The Same?

Ans: While both used throughout the United States, ‘fall’ has become the more popular term. From the 1800 to the present, ‘autumn’ has been more popular in Britain and the opposite can be said for America, according to Writing Explained.

Ans: The dominant earthy smells of fall are largely the product of plants hunkering down for the winter. Fallen leaves begin to decay and their sugars and organic compounds in the leaf break down, creating the classic musky-sweet smell of a leaf pile.

4.What Do You Touch In Fall?

Ans: Touch a pumpkin. Touch the petal of a fall flower. Feel the wind push against you. Touch some seeds that have stuck to your jacket or socks.

5.What Can You Taste In The Spring?

Ans: Taste: Spring greens are some of the first tastes from the garden. Pot a “grown-up” table-top container garden or visit the first local farmers market selling home-grown ingredients for salads this spring. Maple syrup is another great taste of spring.