We are living in the 21st Century. This is a modern world. The world has changed incredibly over the past few centuries. Scientific inventions revolutionize this entire planet. Now we are blessed with such knowledge that was unimaginable even a century ago.

We know no boundaries now. Our wisdom and knowledge have gone beyond this tiny earth. Science has blessed us with the knowledge of the Space, Solar System, Other Planets, Black Holes, and even other Universe. We have set foot outside the earth, our very own moon, that was quite unthinkable even a century ago.

Now we are venturing further and further. We have sent our technologies successfully on the surface of Mars now. For these scientific inventions, we have come to know the earth better. Now we know why the earth is habitable for humans. Now we know what causes the days and nights.

Now we are aware of what causes summers and winters round and round every year. So, how is different seasons in different places ono the earth? This article is about the seasons we experience on this planet. What months are the four seasons? You may find this question very simple and easy to answer.

Maybe you are wondering why so many science talks! We assure you that this article is going to blow your mind. There are so many scientific facts behind the seasons. Here we will discuss which season consists of what months. We will also discuss what causes the season to happen in the first place. So, sit tight to begin your wonderful journey with us. 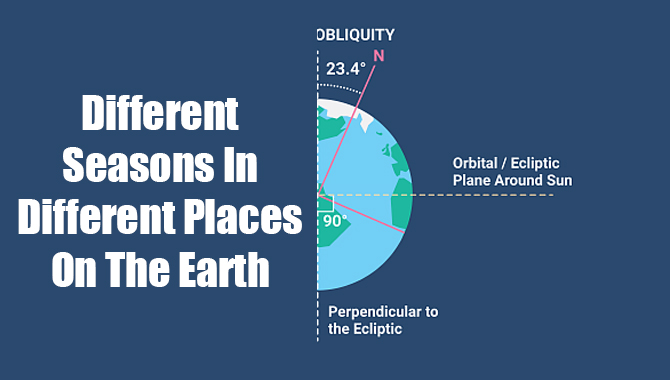 How is Different Seasons In Different Places On The Earth? Explained

What Months are the Four Seasons? 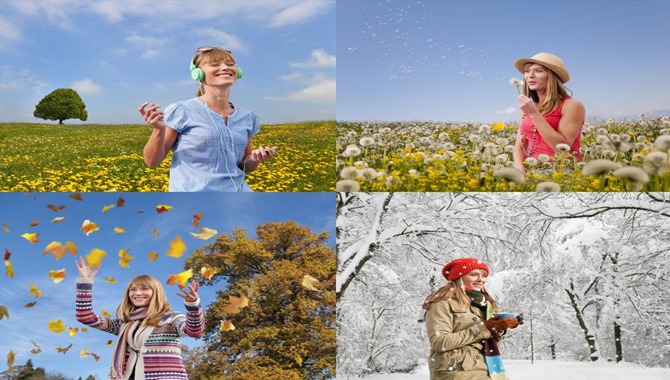 We will elaborate on this thing later in this article. Each season is determined based on the atmosphere of a particular area. And this atmosphere depends on sunlight. An atmosphere can be hot, cold, humid, snowy, and/or rainy. In most parts of this world, the season is categorized into four types.

These are summer, autumn (fall), winter, and spring. They come round and round every year. Now, there are two methods of determining seasons. One is Astronomical Method and the other is Meteorological Method. Many countries consider the starting date of a season according to the Astronomical method. Others consider the starting date according to the meteorological method. Anyway, below is a list of seasons indicating the months they are consisting of.

Countries in the Northern Hemisphere:

Countries in the Southern Hemisphere: 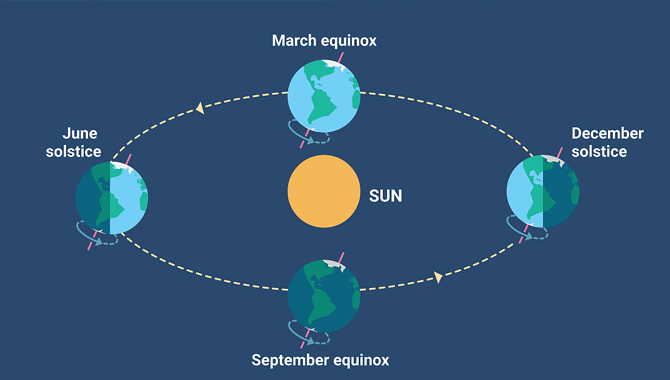 Summer in the Northern Hemisphere 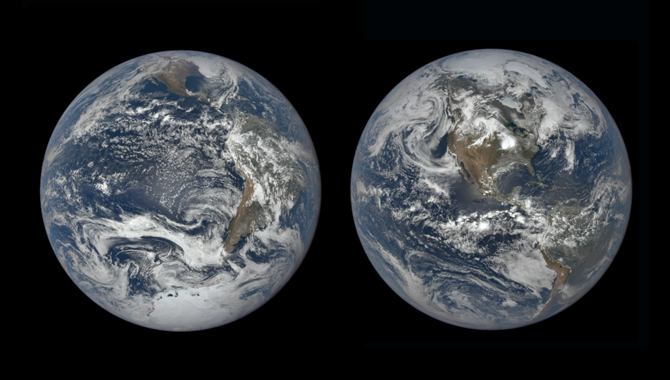 While orbiting the Sun, in June, the Earth comes to a point where its Northern Hemisphere is nearest to the Sun. It faces the sun more than the other hemisphere. This part gets the most sunlight. This is because of the axial tilt. This situation is known as the June Solstice.

Winter in the Southern Hemisphere 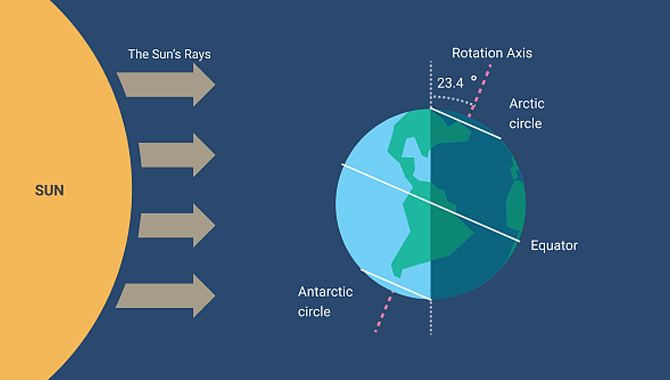 Spring and Autumn due to September Equinox 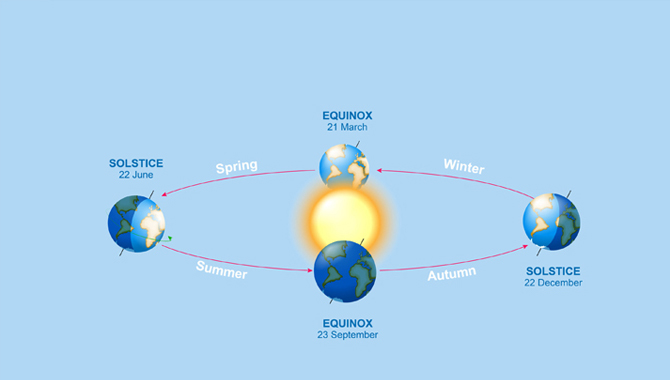 So, this situation causes Spring season and Autumn Season. During this time, the duration of day and night is almost equal, around 12 hours. In September Equinox, during September, October, and November, it is Spring season in the countries of the Southern Hemisphere (nearing Summer). And vice versa, in September, October, and November, it is Autumn in the countries of the Northern Hemisphere (nearing Winter).

Summer in the Southern Hemisphere 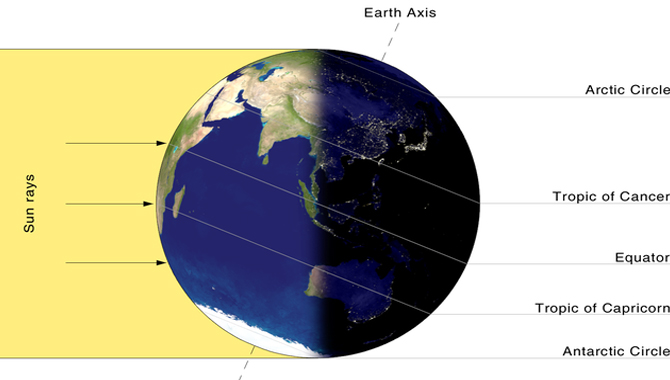 After the September Equinox, the Earth continues orbiting the Sun. Gradually the Southern portion comes closer to the Sun. It fronts the Sun and gets more sunlight. At a certain date in December, the Sun directly overhead the Tropic of Capricorn, in the Southern Hemisphere.

Winter in the Northern Hemisphere 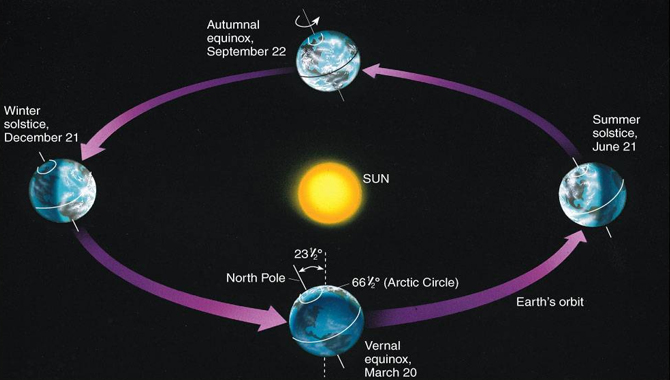 During the December Solstice, the situation is quite opposite in the Northern Hemisphere comparing to the Southern. Now, this portion gets less direct sunlight. So, it gets a lot cooler. For this reason, it is the winter season in December, January, and February, in the Northern countries of the Equator.

Spring and Autumn due to March Equinox 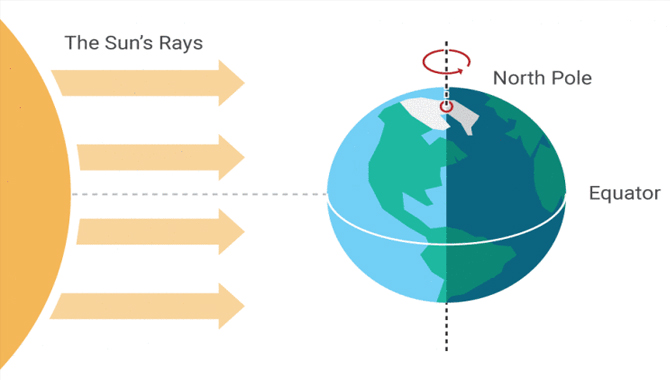 After the December Solstice, the Earth continues to orbit the Sun. Gradually, both the hemispheres get equal sunlight. Then, in March at a certain date, the Sun gets directly overhead the Equator. This situation is known as the March Equinox.

As the two hemispheres get equal sunlight, no portion is much warmer or much cooler. So, this situation causes Spring season and Autumn Season. During this time, the duration of day and night is almost equal, around 12 hours. In March Equinox, during March, April, and May, it is Spring season in the countries of the Northern Hemisphere (nearing Summer).

And vice versa, in March, April, and May, it is Autumn in the countries of the Southern Hemisphere (nearing Winter). Gradually, the Earth moves to the June Solstice position while orbiting the Sun. So, the cycle of the season starts again. Please, note that the Earth takes a year orbiting around the Sun. This is the reason we get every season once a year.

Some Facts about Season 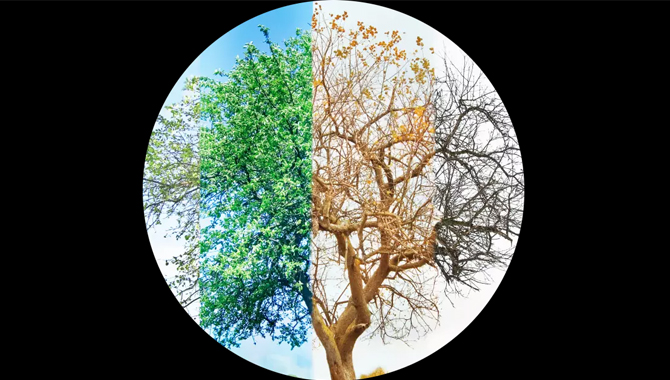 Now we know why there are seasons on our planet. There are some interesting facts about the Solstices, Equinoxes, and Seasons that you may not know. Let’s take a quick look below to find out these wonderful facts.

Finding out the consisting months of a season is not simple. It is different in the two hemispheres. When it is summer in the Northern Hemisphere, it is winter in the Southern part. The tilt of the Earth’s axis, causing leaning to the sun, is responsible for seasons in our sweet home.

We are truly blessed and lucky to have such a beautiful planet endowed with colorful seasons. I hope now you know how is different seasons in different places ono the earth.

Q: Are The Seasons Different Around The World?
A: Seasons happen at different times in different parts of the world. The tilt of the Earth doesn’t change as it rotates around the Sun. But the part of the planet that gets the most direct sunlight does change. The Northern Hemisphere is tilted away from the Sun from September to March.

Q: What Are The Four Seasons That Occur In Some Places On Earth?

A: Four seasons — autumn, winter, spring and summer — occur throughout the year. Each hemisphere experiences an opposite season.

Q: Which Countries Have 2 Seasons?

A: For many countries in Africa, the seasons do not follow the same pattern they do in New Zealand or Australia. Instead of Summer, Autumn, Winter and Spring, most countries in East Africa and Southern Africa have a wet season(s) and a dry season.

Q: What Season Is It In November?

Q: What Season Is It In NZ?

A: Spring is from September to November, summer is December through to February, autumn is March to May, with winter being June through to August. July is usually the coldest month, and January and February are the warmest times of the year.