Life is very hard. Sometime it is necessary to ignore some people. In our life there are some people we should ignore rather than giving them attention so that you don’t get hurt.

So, should I ignore him for a while? You can predict a guy pretty easily. When you started giving them attention, the more they want.

You also have the right to treat well by your boyfriend. But life is not always that much easy. There are some points in a relationship when it gets hard or you might not understand what you should do. I am here to give you some advice if you should give him attention or ignore him. 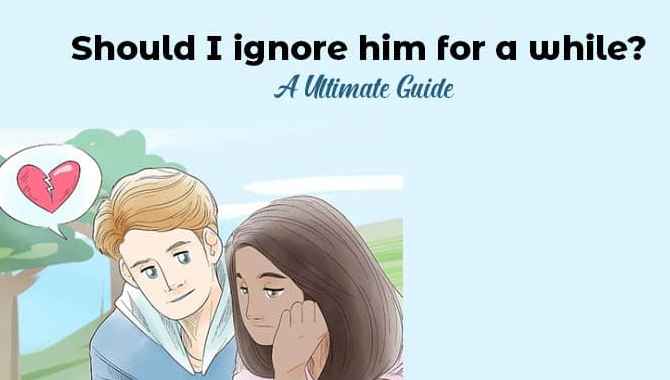 Should I Ignore Him For A While? Step By Step Guide 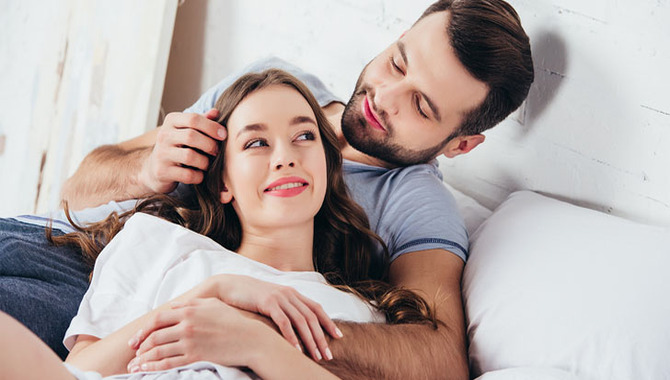 Guys are usually don’t like to talk much. On the other hand, you are someone who likes to talk about everything with your boyfriend. You want his attention. It might be frustrating for your boyfriend. So eventually he becomes less interested in you and sometimes stops giving you his time.

Don’t be worry do whatever you want. Find the things that you feel interested to do. You also can make some friends and spend some time with them.

Don’t waste your time behind one person who doesn’t understand you. It’s only you who can make yourself happy. Just let him what he wants to do and ignore him. Do your own stuff.

Something About His Eyes 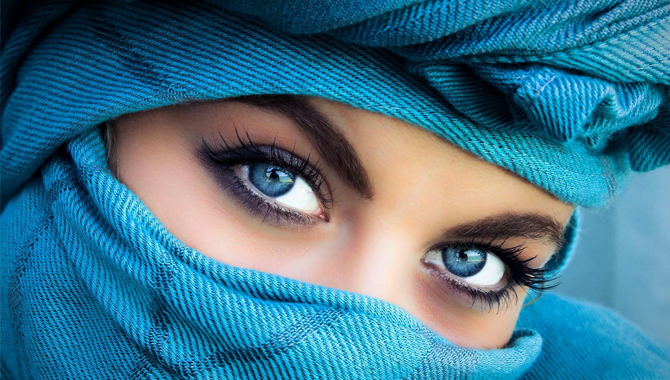 Suppose you went to a party and he is looking or checking out every single girl I think its for you to ignore him. It’s not bad to make girls as friends but he has to understand the deference between you and other girls.

If you find that he is spending more with his other friend and gives you excuses that he is busy. It’s better for you to leave him. Because it’s better to ignore him rather than getting hurt by him.

Guys loved it when they were chased by any woman and love to play with his words. They always want the things that they are not supposed to have.

But it’s you who cannot give him that. I totally understand that. It is not your fault. Don’t feel guilty. I know it can be difficult for you when you saw that your most loveable ones don’t understand you.

Don’t make any wrong decisions. The man who doesn’t understand you it means he does not deserve you. Try to ignore him.

Mistreating Can Be A One Big Problem 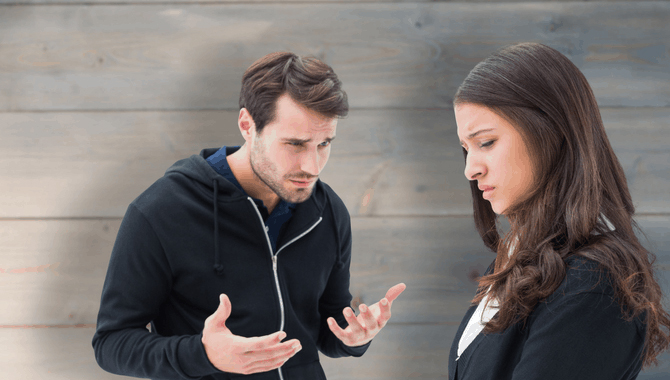 You are not someone who he can mistreat any time. If he mistreats you don’t stop standing by his side.

Make him feel that’s not the behavior that you deserve. Tell him if he continue to act like this it’s not possible for you to tolerate the things and ignore him.

Giving Other Things More Importance Than You 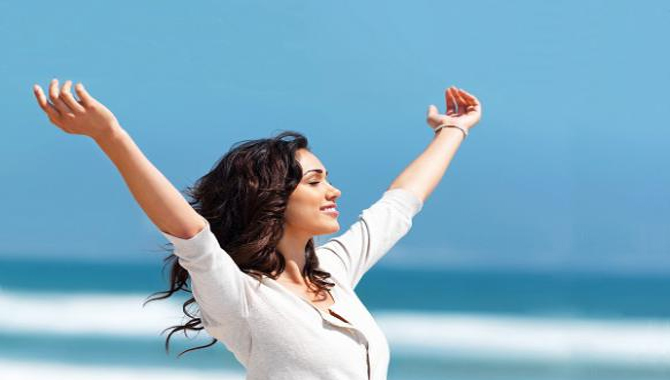 Beyond you, he has his family, friends, and other stuff. In a relationship, it is often normal that you don’t talk much, and it’s ok. But there is something which is not good for a relationship. When you started noticing that he is giving your time to gaming or giving time to others.

Try to talk to him and solve the problem. if it does not work let him be doing what he wants. Because you force him to do something it might get worst and hurt yourself. In this case, it’s better to ignore him. 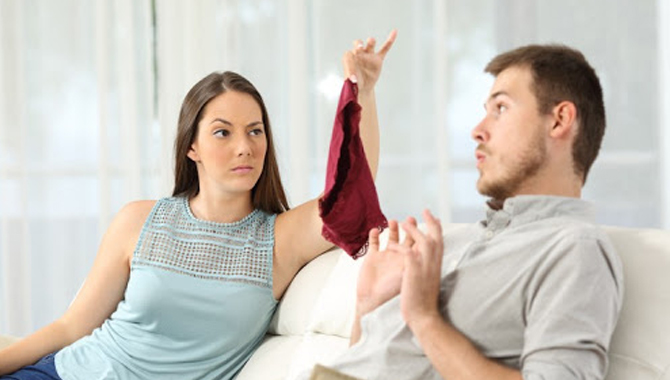 Cheating is something that you may never forgive. A guy who is addicted by girls its quite hard for him to stick with one girl. So don’t be fool. It’s you who is getting hurt by him all the time. Find you peach of mind and stop standing by his side. 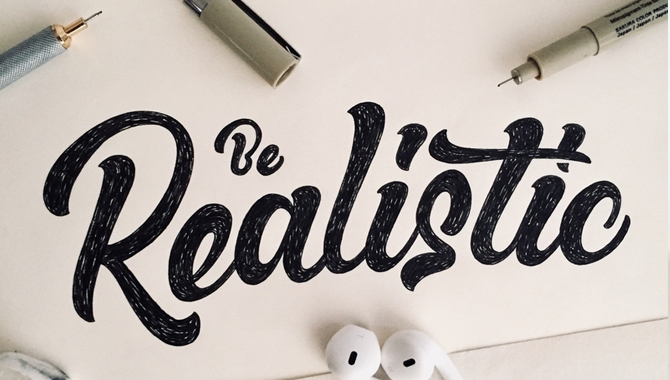 When you are in a relationship it’s hard to imagine a single moment without him or her. But it’s so not true. You should not be overreacting. You might end doing some stupid moves which will hurt you in the long run.

So my advice to you is to be patient and make any decision carefully. If you face a problem with your partner every single day it is not good for you to go further way.

Try To Make Distance With Him 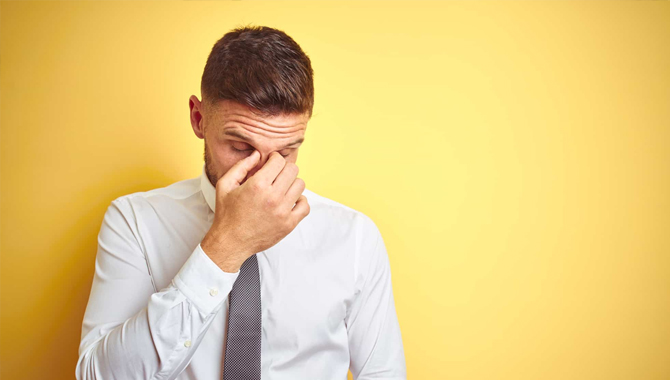 When you are planning to stay with a person for a long time make sure he respects you. The love he is snowing you within the first six months or the early year may not be like that for the rest of the relationship.

But remember one thing you are going to someone’s mentality, not his or her looks. If two people have different personalities it’s really hard to be stick with each other.

Because of the differences, there will be always things to be agreed with each other. It causes disturbances in both of your lives.

It is good for both of you to ignore each other not to ignore your problems. In a relationship, it is common when a boy or girl to overpower themselves. There is the significant one who is always trying to interfere in everything that you are doing.

But it is not always pleasant. Gradually it becomes frustrating when you are trying to do things like that. Please don’t make it measurable.

Respect yourselves and others’ opinions. When it’s become too getting worse you should ignore him. The person who doesn’t let you be independent is not right for you. When you love someone it’s not like that you will detach him or her from others.

If you love someone you will also the people whom he or she loves. If your partner can not do that you shouldn’t be with him. It’s not always good to end things like that but life is unpredictable.

Anything can happen at any time. Life is short, try to make good decisions. I hope my advice will help you to find the right path in your relationship.

What happens to a guy when you ignore him?’

It’s difficult to have a successful relationship if you cannot distinguish between good red flags and bad red flags.

Having respect for other people’s time is an important relationship red flag to look out for. If your partner doesn’t value your time, then what are the chances that they’ll value you?

People who constantly make up excuses are covering something up or hiding their true emotions and thoughts. Three or more excuses in a short period is an immediate red flag.

They Never Want to Get Physical

There are many different reasons why someone might not be comfortable getting physical with their partner. Still, if they aren’t willing to get physically close, it’s likely because the relationship has no emotional closeness.

They’re Constantly Trying to Change You

People in healthy relationships are with each other for who they are, not who they can make them into. If your partner is constantly pressuring you to change your habits or personality, that’s a sign of trouble ahead.

If the person you’re dating isn’t sure what they want out of the relationship, it’s probably because they haven’t thought about you in any serious capacity.

They Don’t Always Tell the Truth

Trust is one of the most important aspects of a successful relationship. If your partner isn’t willing, to be honest with you when it matters, then that’s a red flag.

They Don’t Care About Your Feelings

People who are incapable of caring about other people’s feelings rarely develop meaningful relationships with them.

If the person you’re dating doesn’t want to introduce you to their close circle, they might be afraid that you’re not good enough for them. If they don’t want their family and friends to know about you, it might be because they don’t see a future with you.

People who aren’t dependable can cause a lot of relationship problems down the line.

They Never Ask You Questions

If you’re in a relationship with someone who doesn’t ask you questions and seems interested in your life, then they’re likely not that into you. People who really care about someone always want to know what’s going on in their lives.

I hope now you should I ignore him for a while or not.