As a pro gamer, you definitely know what a masterpiece the Turtle Beach Stealth 600 is. In our generation when Xbox one was pretty famous for a relaxed and smooth gaming, this was a inevitable accessory.

So, what are the most common Turtle beach stealth 600 issues? The sounding pitch of this headphone is awesome to easily locate the position of the enemy on the map.

Again the mic attached with it is a great device to talk with your teammates on the line during playing games like Player Unknowns Battlegrounds, Call of Duty, Modern Combat, and more other online games.

Mainly it got popular for the smooth and clear audio connection along with advanced facilities. And for this reason, it was like a dream for all the gamers in our generation.

Turtle Beach as the latest gaming headphone for Xbox One has many exclusive features. Being debuted by Microsoft, it is a wireless headphone to provide you direct console technology and Windows sonic surround sound.

Though this is a second-generation headset, this is not beyond any fault. If you have already owned a Turtle Beach Stealth 600 then it is normal to face some technical issues.

There is no device w is fully free from technical issues. The difference is the premium ones will face fewer problems than the normal ones.

In this article, I will present to you some common technical issues those people face usually after frequent usage. And in the latter part, the steps that have to be taken to solve these issues will be provided.

So stick until the last word of this article to have a complete package of information and solutions about any issue regarding your Turtle Beach Stealth 600. 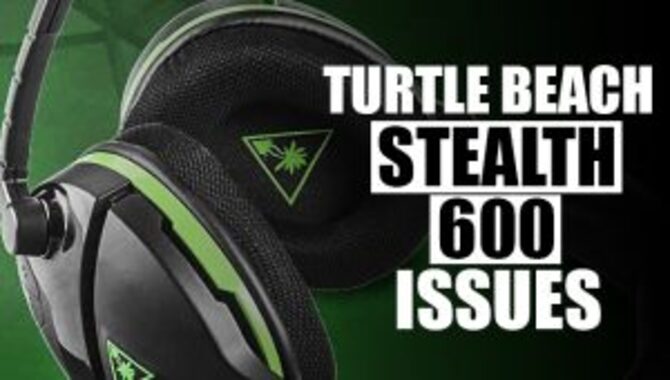 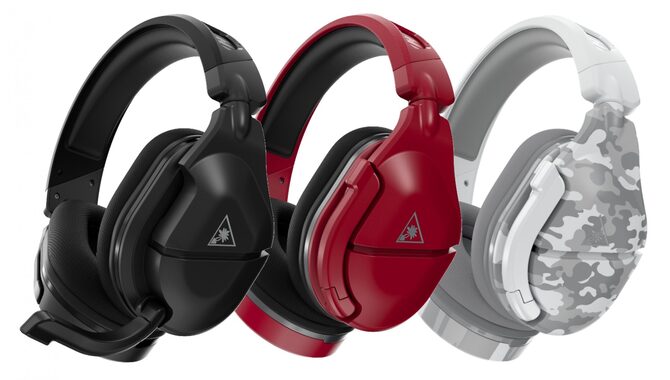 Now, we will aim to find out some common problems of the Turtle Beach Stealth 600. I think you have also suffered from the problems that I am going to demonstrate. Mainly technic problems like audio disconnection and charging issues are mentionable.

So, these are the common problems a Turtle Beach Stealth 600 user experiences frequently.

Steps To Fix The Issues of A Turtle Beach Stealth 600 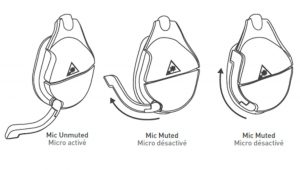 You have already seen the common issues or problems that a Turtle Beach Stealth 600 faces. Now we will talk about the necessary steps to fix these issues with your headset. These solutions will be given according to the problem. That is:

Ways To Fix The Sound Problem Of Audio Problem

Here the step-by-step solution to the audio problem of your Turtle Beach Stealth 600 headset is given.

At first, make sure that your headset is connected to the Xbox One properly. Otherwise, you will not be able to hear any audio clips on your headset. In addition, check that whether the firmware is updated properly.

If you see that you are not getting desired performance still now then the problem is in the audio receptor of that headset. In this case, please visit the nearest customer care service center for fixing this issue. 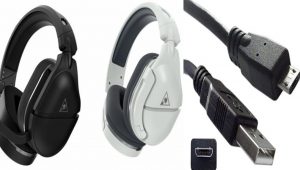 If you are facing any charging issue on your Turtle Beach Stealth 600 headset, then don’t get panicked. Follow the steps given below one by one.

It may be seen that after charging, your Turtle Beach Stealth 600 is not responding. Then you need to replace the batteries in the headset. Then it can be hoped that the headset will work properly.

For fixing the mic problem of your Turtle Beach Stealth 600 headset, follow these steps.

If the timer detects no game audio or mic audio for a predetermined amount of time, the headset will enter auto shut-off mode. It will send out a warning. If it hasn’t picked up any sounds through its gaming channel or microphone in that time, it will shut off.

For fixing the connection issues of your headset, power off the Xbox one console. Then you have to disconnect the power supply cable from your Xbox One. Wait for 20 seconds.

Now, you have to reconnect the power cable in your Xbox One. Now power on the console using the power button on the front.

At this stage, you have to connect your Turtle Beach Stealth 600 headset with your Xbox one using the connect button of the headset. Once you have paired it with the console, it will be fixed.

Xbox one doesn’t connect with third-party gadgets because it is from Microsoft. Like this, the Turtle Beach Stealth 600 headset is made to bring enhanced gaming for the Xbox one users. It will not pair with any other third party consoles.

And for the mentioned issues, you have already got the desired aid. Next time when you will face any more issues, go through this article again. I hope now you know what are the most common Turtle beach stealth 600 issues. Thank you for reading this article.