At first, it feels kind of good to have a stalker or an admirer. The feeling is really tempting. But when you figure out that the person is dangerously obsessed with you, it feels like hell. I know that. You feel suffocating when that person is around.

The constant check-up, keeping track of everything you’re doing, trying to control your behavior, telling you what to do or what not to do, these all make you feel like you’re in some sort of prison. And you want to escape. To escape you need to know what to do when someone is obsessed with you. 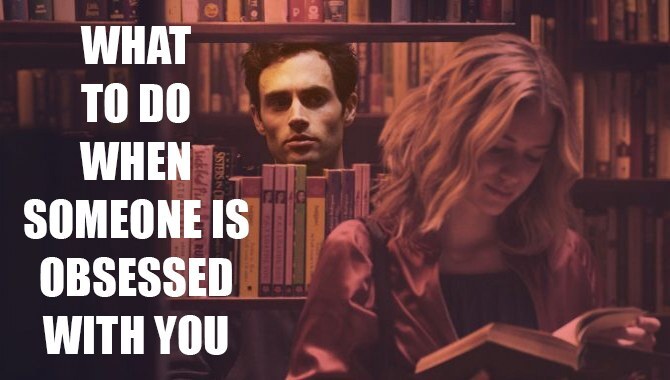 What Are Signs of Obsession?

Obsession is an irrational thought which takes control of a person’s mind and body, to the exclusion of all other activities. Obsession can be defined as the compulsive preoccupation with a fixed idea or emotion, based on fear or paranoia that something bad will happen unless a series of specific actions are taken.

An obsession can also be a preoccupation with a disturbing or dangerous idea, such as feelings of anger that lead to thoughts of violence.

In order to be classified as an obsession, the thought, image or urge must persist despite efforts being made to ignore it and despite possible consequences at work and personal life. It is this resistance to change in spite of negative consequences that characterizes obsession.

First, Make Sure If They’re Obsessed  With You

First of all, if you don’t like their company and still they don’t want to leave you alone, then it’s okay to assume that they’re obsessed with you. But you might be confused about it.

Your emotions toward them might hold you back from cutting them off of your life. So you need to make sure that they’re obsessed with you. Here are some signs shortly explained that will help you to ensure that he/she is obsessed with you. 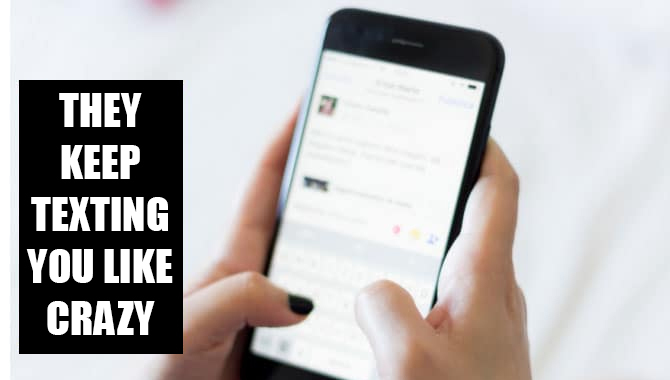 If someone is obsessed with you, the first sign is s/he will bombard you with texts or calls. And she/he will want you to respond to each and every text they send. Chances are you’ll find most of those texts to be unnecessarily clingy.

2. They Don’t Have A Decent Personality

Right after one or two meetings s/he will act as if you guys are very close to each other. S/he’ll want to be very intimate with you. If you don’t want the same then they’ll try to convince you into it. In short, you’ll notice they don’t have any sense of personal boundaries.

3. You Will Be Spied 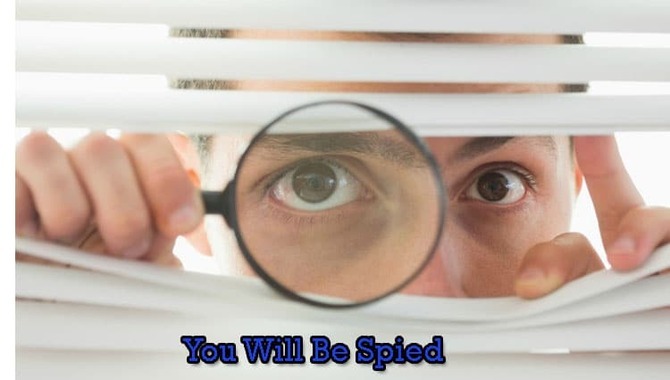 After you become friends on social media or offline, they tend to keep track of your every move. For instance, what you’re doing, where you’re going, who you’re going with etc. They might even start telling you what you should do or what you shouldn’t.

If they offer you something and you reject that, they don’t handle it very well. They wouldn’t let it go easily as a normal person would do.

They might even behave roughly with you because of that rejection. Some might even try to blackmail you emotionally or even threaten to hurt themselves. 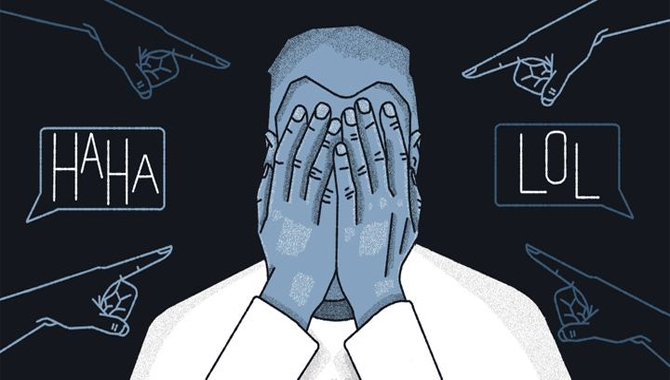 Some of those stalkers don’t have a very good mental record. You might not be able to notice it at a glance. But as time passes by and they start behaving the aforementioned way you can guess it. 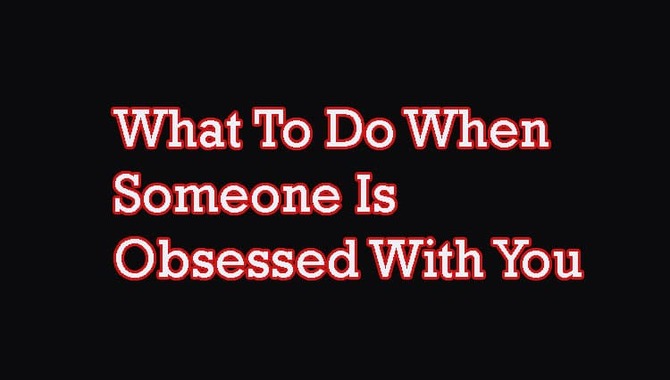 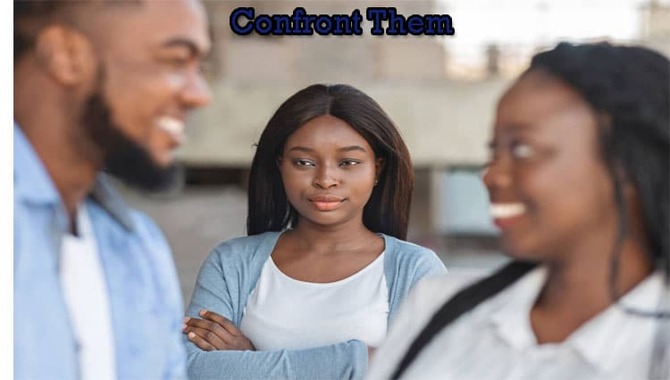 No matter how much flattering it appeared at the beginning, clearly, you’re not liking them clinging onto you anymore. The best and easiest way to get rid of them is to confront them. Since you’ve got to know them over the past few weeks or so, you know about their personality a little.

Assuming they can move on with it, you should talk it through. Make them understand that their constant clinging behavior is making you uncomfortable.

If you don’t want to hurt them, then simply make your point. Don’t go into the details. If they’re emotionally stable then it will be just enough. They’ll understand and move on. 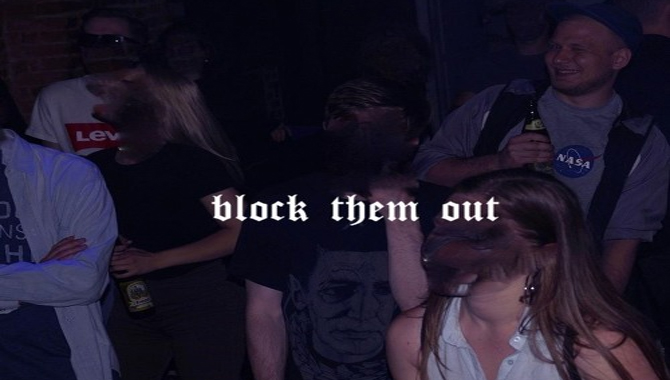 Things aren’t so easy always. Chances are, your stalker won’t leave you alone after you confront them. Worst case scenario, they’ll stalk you even more.

They might even feel insulted and misbehave with you. If this happens, then block them out of everything. Block them from your social media and your phone book.

They might pretend to be nice for a while to come back into your life again. But that’s just a trap. Don’t fall for it. Don’t read any of the text or email they send you. Delete them as soon as you get them. Don’t answer your phone if they call. Use a caller ID to know who is calling you if necessary.

3. Ask Your Friends To Help You 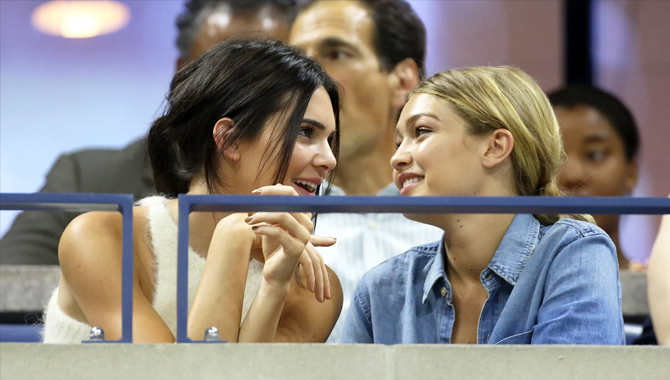 If you think you don’t have enough control over yourself or you get influenced easily, ask your close friends to help you out with this matter. Share your problems with them. They can help you ignore those pricks.

If you have any mutual friends with your stalker then ask for their help too. Tell them that you have had a problem with your stalker. And you don’t want him/her to contact you at any cost. At least have them notified about the matter. 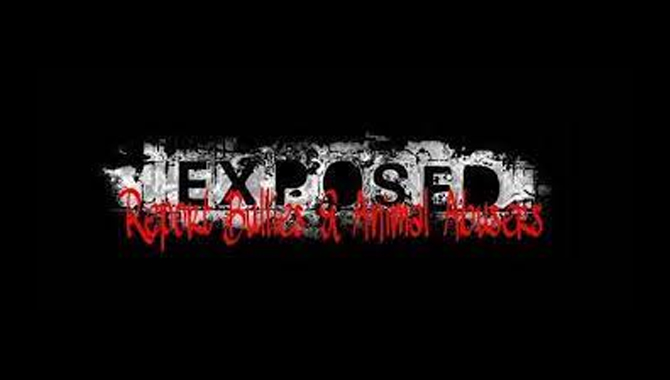 You’ve done all of it, but they still won’t let go. They still are texting you, annoying you. Now you should just expose them publicly with a warning.

They even think you’re interested deep down because you’re not exposing them or you behaving nicely. But you have to stop behaving nicely here. Some people just don’t deserve it and you got to understand that. 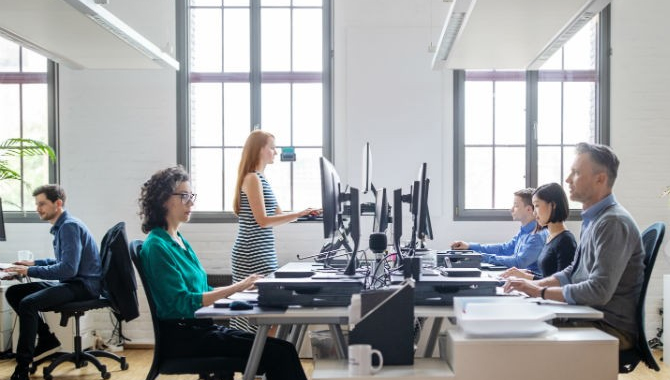 If exposing doesn’t stop them from annoying you then they’re mentally retarded. You have to file a complaint about them. If you’re in school, take your teachers’ help. If you’re an adult then file a police complaint.

Get a restraining order if necessary. If you don’t file a complaint then they might even break into your home to take revenge. You may not know what kind of maniac you’re dealing with.

1.What Are  The Signs Of Someone Being Obsessed With  You?

Ans: 1. They might make up stories about you and tell others
2. They’ll talk behind your back and most likely say that they’re not interested in you or possibly even putting you down
3. If they’ve written notes about you, then it’s not a good sign because they’re becoming obsessive

2.What Causes Someone To Be Obsessed With A Person?

Ans: 1. When a person is obsessed with another, then they’ll project their fantasies and emotions onto that person
2.  The best way to make them stop chasing after you is to ignore them because the more time passes by, then it’s like they’re thinking about nothing else but you
3. If he or she keeps talking about you

2.How Do You Get Rid Of Someone’s Obsession?

Ans: 1. The first thing that you should do is tell them to stop
2. If they’re chasing after you, then the more time passes by, the stronger it’ll get because he or she doesn’t have any perspective of reality
3. It’s important not to give in because if you start giving them attention, then it will only

3.How Do I Stop Obsessing Over Someone I Can Have?

Ans: 1. The best thing that you can do is to take a break from social media and from the person
2. They need space so if they contact you, then let them know that you are busy right now
3. If your friends say something about the person, then don’t feel insecure or get mad.

Some of you might not be emotionally strong enough. You might not want to hurt or bother anyone so you choose to not share your problems. But trust me, it’s not healthy. Mostly when people are obsessed with you, it might end up hurting you.

If you feel like someone is annoying you and making you feel uncomfortable then you should step up. Try to handle it without hurting them just convince them and try to make them understand the real situation. Don’t worry. You’ll get full cooperation from the authorities.