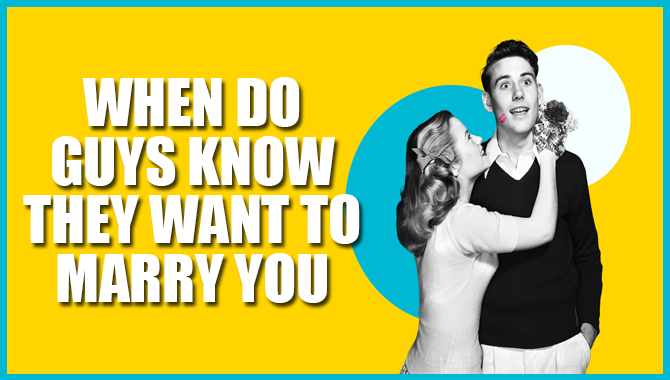 What Inspires A Man To Marry A Woman?

When it comes to love between men and women, the guy holds the key to the relationship. The guy is the one who understands what he wants. A man can date 100 women at the same time, but his heart belongs to just one. It may astound you that just that one female lacks buttocks, breasts, a fine face, fine skin, and so on. But he adores her as if his life depended on it. Whatever you do for a man, whether you’re the best cook on the planet, a sex machine capable of lasting five hours, or an industrial cleaner. Some guys will continue to remark, “she’s perfect, but I don’t know why I don’t love her.”

Some guys simply want to marry women who would cook and clean for them. In a nutshell, mommy’s job, and they go for it. They occasionally succeed in determining whether their ladies are capable of becoming what they desire, and if they are not, they continue their quest. It is normal that a woman doesn’t have all the qualities a man requires. But the more qualities you have, the more it is beneficial for you. This process of selecting the right women by a man is running from forever, and those qualities which man requires are:

1) Positive Energy: A man always likes everything positively. This is the nature of a man. He likes to be calm and receiving positive vibes. But not all women have positive energy. A man never gets attracted to those women who have a lot of negative vibes in them. The man also searches for positive energy in the women to whom they want to get married. So, if you want to marry a man and want him to marry you, be positive first.

2) Be Stable: Stability is a big concern in a relationship. Every relationship requires stability. Otherwise, the relationship does not go long. A man also requires a stable woman when they think about getting married. A stable woman will make a man being stable in his life. Cause, naturally, a woman is considered to be more stable than a man. But not all women are stable in their life as well. That’s why they want a stable woman when they want to get married. So show the stable part of your man if you want to get married to him.

3) Be Responsible: In general, a woman is considered to be more responsible than a man. A man likes to relax in their life, and also they are less bother about everything happening around him. They are also do not really know perfectly about their responsibilities. As a result, they often disappoint other people and lose some important things in life. A man requires a responsible woman to make him understand what the responsibilities a man does have. A responsible woman will also make a man understand when he should do what and how. That’s why a man always searches for a responsible man.

4) Be Sensitive: A man is not really good at expressing their feelings. So, they always need someone who is sensitive to understand the feelings of a man. A man wants a woman to understand him and know about what he is feeling current. This is a common nature of all men. Almost every man wants a sensitive man. Be a good listener. Try to understand his situation. If you want to marry your man, show your sensitive side to him. A man will love to choose you as his life partner if you are sensitive enough.

5) Be supportive: Every man needs a supportive woman in their life. Not every man, every woman, needs the same. Be supportive to your man. A man works the whole day for their family. They don’t want a woman who always brags at him. A man always wants someone who will make him feel good and appreciated. Your little bit of support may change the whole day of a man.

A man might be good enough to appreciate your supportive part too. A man never wants to lose a supportive woman from his life. So, seize the opportunity. But don’t support your man in everything. He might be doing something wrong. Tell him that he is doing wrong and influence him to do the right thing. A man will always remember this.

6) Compatible: Being compatible with your partner is the best gift any man can have. A man or woman both wants a compatible partner.  If a man knows that he is compatible with you and comfortable with you, he will definitely approach you for marriage. Not only a man but a woman also requires a compatible. Compatibility makes a relationship more beautiful and also long-lasting, which is a great thing.

Every woman wants that her man will ask her to get married. But many men don’t know that they should ask their lady to get married. They are not aware that they want to marry you. Now there are some ways when you can tell your man that he should approach you for getting married. The ways are pretty normal and straightforward. If he gets your hints right, he will definitely ask you to marry him. Now let us have a look at those super ways which a woman will surely need to get married.

9) Tell Him About The Wedding Plans: You can share with him about your wedding plans. If you tell him about your wedding plans, he will understand that you see the future with him. By these, he will understand that you want to get married to him. He might tell him about his plan for the wedding. By this, you will also be more sure that he also wants to have a future with him. Then you can be sure that he might soon be approaching you for marrying him.

10) Watching Wedding Movies Together: You can ask your man to watch the movie with him. You can choose a wedding-based movie to watch together. When you watch a wedding movie together, you can tell him that you will do this and that to your wedding. Suppose you see a particular venue of the movie, you can say to your man that you will also gonna select a venue like this for your wedding. By this, he will understand that you want to marry him.

He will also understand that you are planning to get married nearly soon. By this, he might take your response positively and will look for ways to approach you for the wedding. You can also show him some scene from the wedding movie when the boy suddenly proposed the girl and the girl become really happy. It will make him feel that it will make you happy too.

11) Visit a Jewellery Shop: Jewellery is an important element of any wedding. Every woman feels excited when she goes to buy her wedding jewellery. You can visit a jewellery shop with your man. You can tell him that this type of jewellery you want for getting married. You want to dress like a bride with this jewellery. You can also show him some ring collections.

12) Discussing Other Weddings: You can visit other weddings with your man. You can tell him that look how beautiful they are looking together and we will also look good together like them. You can discuss with him that you will do this and that like the groom and bride in your wedding too. When people ask about you and your man’s future plans, tell them you are looking to get married soon in from of your man. By this, he will clearly understand that you are very positive about your relationship. He will know that soon she wants that you ask her about getting married.

These are the important topic about When do guys know they want to marry you. You can use these steps to make your man feel that he should approach you to get married now. A boy’s essence is intrinsically convoluted. They are particularly problematic in the event of marriage. It takes a long time for a man to determine whether or not he wants to marry. It takes them longer to decide whether or not they want to marry. To summarize, it is a significant decision for a guy to make. However, if you have been in a long-term relationship with a man, you can tell him that you’d like to marry him.

I hope now you know when do guys know they want to marry you.

1.When A Man Decides He Needs To Marry You, What Long Would It Have Taken Him To Decide?

Answer: He could be hesitant to believe his intention of marrying his companion at first, so he watches to see if the connection evolves. But whatever explanation for the lag, men usually know whether or not they’ve discovered the one after roughly 6-7 hours of regular dating in ideal settings.

2.How Can You Recognize Whether A Guy Is Truly Interested In You?

3.How Long Do Guys Wait Before Proposing?

Answer: It really does depend on the guy. Some guys won’t wait very long before popping the question, but others will drag their feet until you’re both old and gray. Most men want to meet certain criteria before they decide that they’re ready to get married, so if one man waits for six months before he pops the question another guy might wait for six years.

4.What Makes A Man Want To Marry You?

Answer: A man wants to marry you for different reasons than a woman. Most women want to get married so they can be taken care of and feel safe, but men typically aren’t looking at marriage in that way. Instead, he’ll look at things like stability and faithfulness when he decides if he’s ready to marry someone or not.