Hiking in a bear country like Alaska, Canada, or North America is always risky. You always have to be cautious and keep an eye on the trail if any dangerous signs like torn-up logs, fresh footmarks, trackway, digging soil, claw scratches are visible anywhere. So, is bear spray better than a gun?

Incautiousness for a moment can make you stand in front of a bear. Sometimes it leads to death. But the risk never can stop adventurous hikers. If you are one of them, you may need some protection kits to avoid any unwanted situation. While packing the backpack, a hiker is always confused between bear spray and a gun. What do you think? Which can give your better protection? What Bear Spray Is? 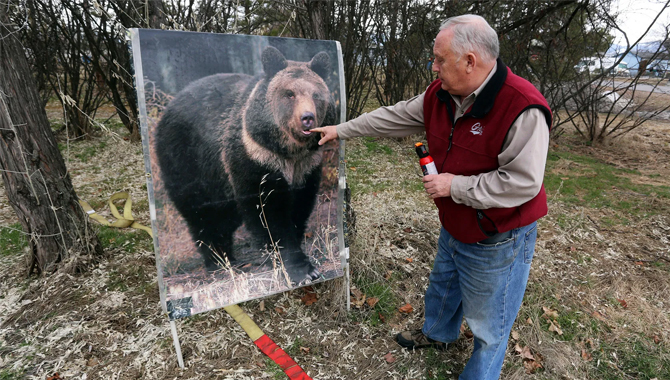 Before starting the discussion, we need to know what bear spray is. Bear spray is an active and robust pepper spray. It is a mixture of chili pepper extract, diluting fluid, a forcing propellant in proper ratio.

How To Use It 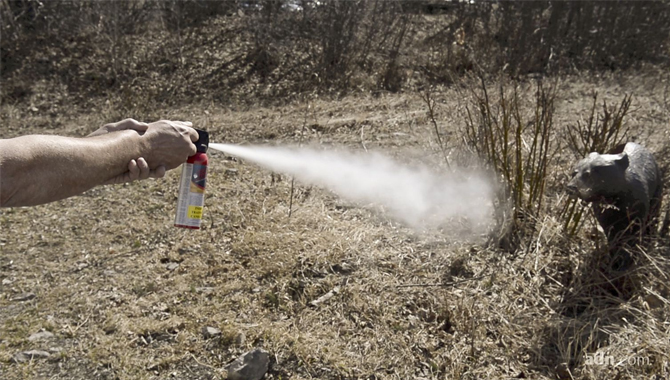 The spray is contained in a canister. It might have a cable tie around the neck of the can. Cut it before starting hiking. If you face a critical situation, take off the safety clips, point the nozzle to the Bear’s face and press the trigger to spray it to the targeted point. It will create orange clouds and start working. You can handle the canister in one hand. It is designed in an easy way to make using it easy. It works better if the Bear is in 60 to 25 feet distance. 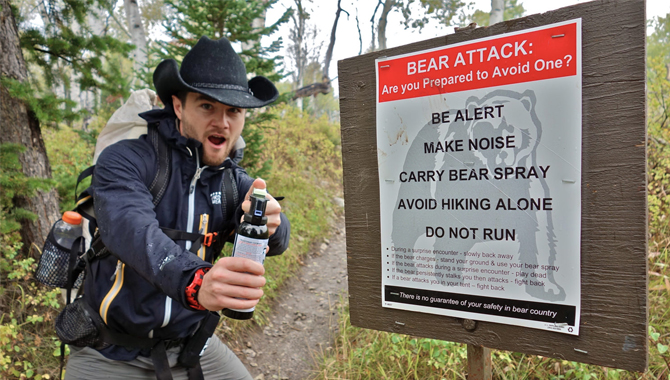 The face is one of the most sensitive parts of an animal’s body. A bear has a vast body and furious behavior. But when it is about the face part, it is as week as other species. The spray creates busting irritation all over the face, including eyes, nose, and mouth. Thus it stops the Bear just at the moment. The bitter feelings make it run away from the place and create a chance for the hikers to leave.

Bear Spray Or A Gun – Which Is Better? 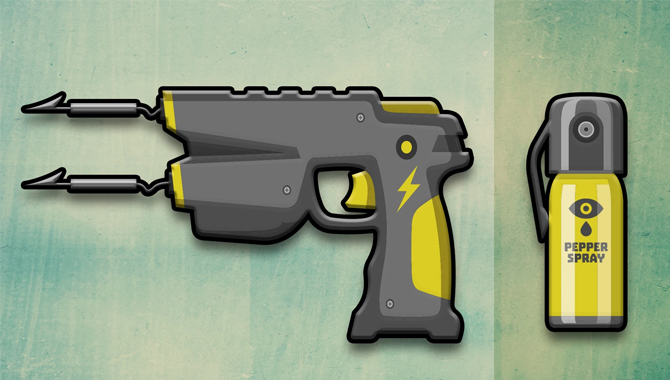 Now think about using bear spray in the same situation. The first advantage of bear spray is it is much easier spraying on the charging bear than shooting with a gun. Most importantly, it works instantly and makes the Bear either immobile or runs back instead of attacking. Hence you will get enough time to leave the place.

It is the main reason being bear spray is a better option than a gun.

Showed the objects in a nutshell-

No arms can ensure complete protection in front of a charging bear. It is a very critical situation. Practice using spray several times before going the hike. Keep the bear spray at your arm’s length, either in the belt holster or in the chest holster. If needed, take the gun for extra protection. I hope now you know is bear spray better than a gun or not. Don’t hesitate to spray several times until it runs away. Do not be late to leave the place.

1.How Can I Use Bear Spray To Protect Myself From Bears In The Wild?

Ans: An aerosol canister of bear spray is a critical component in the decision to carry one; It shouldn’t be relied on as your only means of self-defenses. Most bears are not used to being armed with pepper spray. Use it after you have been face-to-face or yelling at them for several seconds or more before they will relent and try to leave the area.

Ensure that everyone knows how best to use their devices (including children) and that they are using the device in a well-practiced manner. Talk to your local wildlife biologist about normal bear behavior near where you’ll be hiking or camping before entering the bear country, so you know how best to approach bears around food sources. If applicable, carry Bear Free Food if dangerous black bears have been confirmed within 50 miles of your campsite.

2.What Is a Bear Spray, And Why Is It Good For You?

Ans: Bear spray is a special kind of pepper spray that you can defend yourself against bears and other wild animals.  This might sound like a little bit of an exaggeration, but it’s not; many people have been saved from life-threatening bear attacks by using this type of spray, so you should take a look at it if you’re going out camping or hiking.

Bear spray coats the face of an attacking bear with hot pepper oil, and this will irritate the mucous membranes in the bear’s eyes and nose so much that it’ll have to stop its attack. And since many bears are also highly sensitive to smells, you should give it a try even if you’re just going out for a little walk in the woods.

3.Can I Use Bear Spray In Self-defense?

Ans: The short answer is yes, but in most cases, you’re better off using your pepper spray instead of bear spray, even if it has a shorter range.  The main reason for this is that most people don’t know how to use bear spray properly, and they usually end up spraying themselves instead of the attacker (This can often lead to serious injuries).  If you’re capable of using pepper spray properly, there’s no real reason you shouldn’t try protecting yourself with it instead.

4.What Happens If I Accidentally Spray Myself?

Ans: This can be very dangerous, and you should immediately wash out your eyes with lots and lots of water, even when they’re closed. Then try to seek medical assistance as soon.