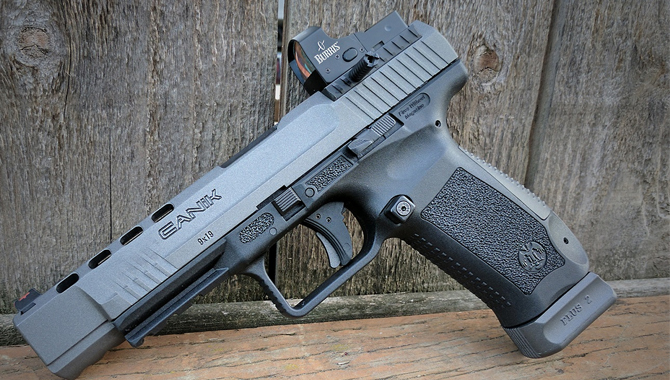 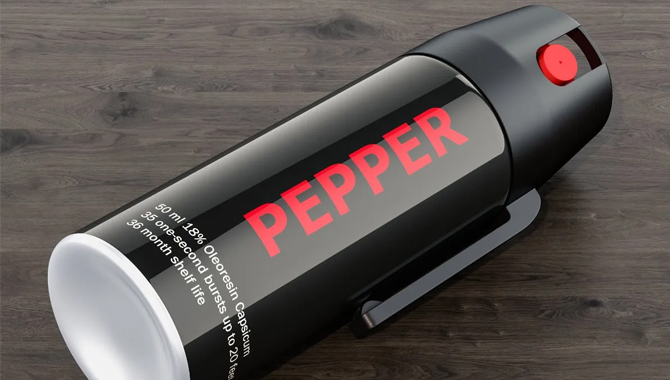 Pepper spray, OC spray, and capsicum spray is used in crowd control, policing and self-defense. Most of the time, people use this for self-defense. Pepper spray is made by super-hot pepper. Just imagine, while you are cutting pepper with your hand and accidentally, you rubbed your eyes through the same hand. What will be your reaction?

The pepper spray is ten times hotter than the normal pepper. If you spray it on any criminal, the criminal will barely see something. But don’t worry, it will be an instant pain. Pepper spray can hurt the mouth, nose and eyes. You can carry pepper spray for your protection. If a criminal corners you, you can spray it on his or her face. He or she will be blind for some time. You will get enough time to escape. 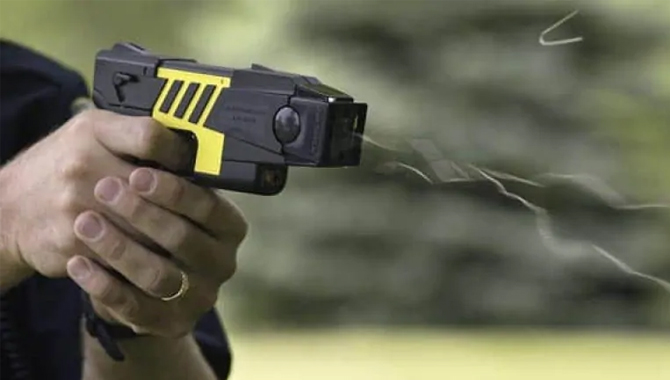 If you think pepper spray is not enough for your defense, it’s completely okay. Then you may need stun guns. Actually, a stun gun gives a high voltage electric shock to the attacker. When you start the stun gun, this will sound very loud. The sound will be enough to scare any criminal. Don’t worry. If you use it on the attacker, it will give a high voltage electric shock on the attacker. It will not harm anyone permanently. So it is clear that Stun guns are a non-lethal weapon.

You can carry stun guns in your bag or pars. Stun guns need batteries to work. Don’t forget to charge your stun gun when you bring it. If the criminal attack on you, you should start the gun first. The starting sound will scare the criminal. After that, if you think you have to give an electric shock to the criminal, you need to touch the steel part of the gun on the criminal body. 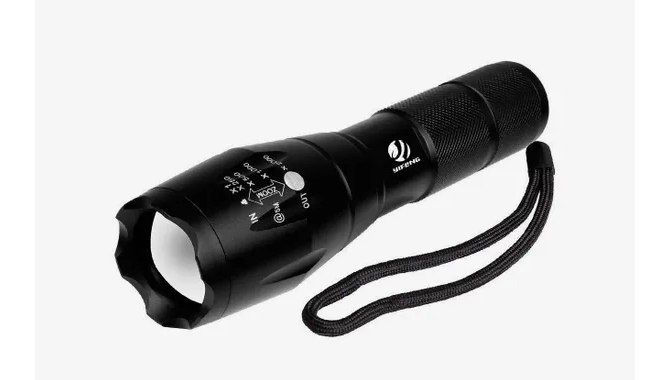 Some custom made flashlight has an ability to blind the attacker for some important time. If you flash your light brightly on the attacker’s eyes, the attacker will lose his or her vision. Then you will get some time to escape from the danger zone. The most important thing is that you can use this from a long distance. 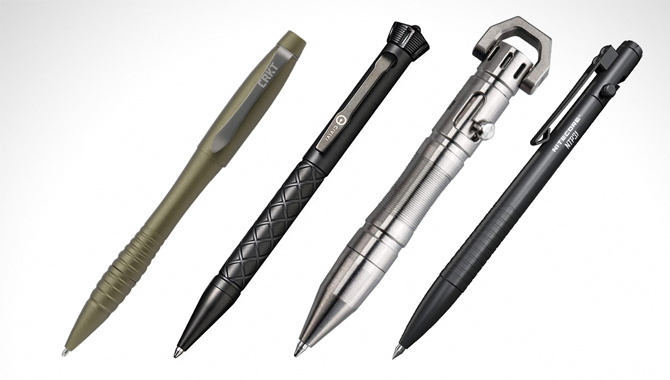 After hearing the name of the pen, you may be laughing. And a question may pop up in your mind, how can a pen be a protector of your life? For your kind information, it is not a normal pen. It is a tactical pen. The tactical pen is another non-lethal weapon. You can use it for multi-purpose. You can carry the pen easily. No one will suspect the pen as a weapon. By using it, you can blow fire when you are stuck somewhere. 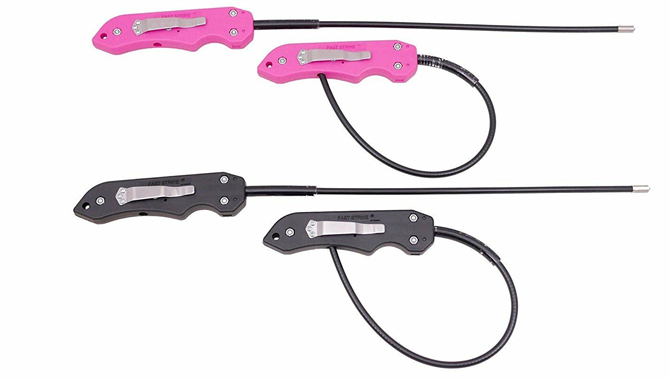 Fast strike whip is also a non-lethal weapon. It is a flexible and strong whip. The whip is almost 17 inches long. It is a very effective product for self-defense. Many people in India carry fast strike whips for their self-defense. Some men wear it like their belt. You can carry this whip in your pocket by folding this. By using the whip, you will be able to hurt the attacker very hard. You can break window glasses by this. You will also be able to escape from any dangerous animals. 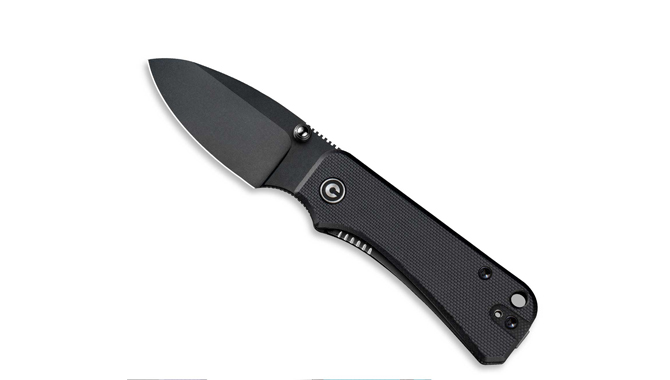 Ans: Every country has different laws from other countries. That’s why it’s a difficult question to answer properly. Some non-lethal weapons are legal in almost every country.

You can carry those weapons for your safety. But, if you need to carry lethal weapons, for example, guns, then you have to follow your country’s laws.

2.Can A Tactical Pen Kill?

Ans: A tactical pen is a non-lethal weapon. It cannot kill someone. But sometimes, unluckily, the victim can get a permanent injury. If the victim is not lucky enough, he may lose his life.

If you hit any delicate parts of the victim’s body, then he may get a permanent injury.

3.What Should A Woman Carry For Protection?

Ans: Women are the victims of many crimes. That’s why they have to be more careful. They need to carry some legal self-defense weapons. Women can carry stun guns, pepper spray, tactical pens, and pocket knives for their protection.

4.What Can You Legally Carry For Protection?

Ans: Every state has different laws on weapons. But most States allow carrying some non-lethal weapons for self-defense. You can carry a pocket knife, stun guns, fast strike whip and tactical pens for your protection. Remember, if your country has any law on those weapons, you must fulfill the rule to carry those weapons.

5.What Are The Advantages And Disadvantages Of Carrying A Weapon?
Ans: The best self-defenses tool is one that you have with you at all times. Weapons should be seen as an adjunct to other safety techniques. The important thing about self-defenses weapons is that they aren’t weapons until you pick them up. So, it’s vital to have a tool you can carry around with you at all times, ready to use. Choosing the best self-defenses weapon in the UK is a personal choice – there isn’t one perfect option for everyone.
So, if possible, it’s a good idea to have several tools available that you can deploy depending upon the circumstances. For some, pepper spray is the best option. For others, it’s a tactical pen. For many more, it’s a knife or even an umbrella. The key thing to remember is that if you are carrying something for self-defense purposes, then the important thing is to have it with you at all times, so you aren’t caught empty-handed if you’re threatened.
Pepper spray is a legal self-defenses weapon in the UK and can be lawfully carried by anyone aged 18 or over (subject to local laws). It’s important to remember that it’s dangerous, especially to children and animals. So please keep it out of their reach and use it responsibly.