You’re in a relationship and your partner feels the same way you do. Then it is sure to say that you are in a beautiful relationship. But not all relationships last until the end of life. Some relationships break down in the middle. Breakup is a painful experience in life.

It hurts you and makes you cry. So, what are the signs he is hurting after the breakup? You may think that you are suffering as much as your ex is suffering or has moved on already. This is normal. You will miss your ex and you will cry a lot when you remember him.

Well, you might think that guys don’t feel bad after a breakup. Nothing affects them. They move on to a new relationship after the breakup and are much happier with his new girlfriend.

But do you have any idea what the real truth is? In fact, your ex misses you and also misses your obsession. But he never reveals it. He always hides his feelings in front of the public. 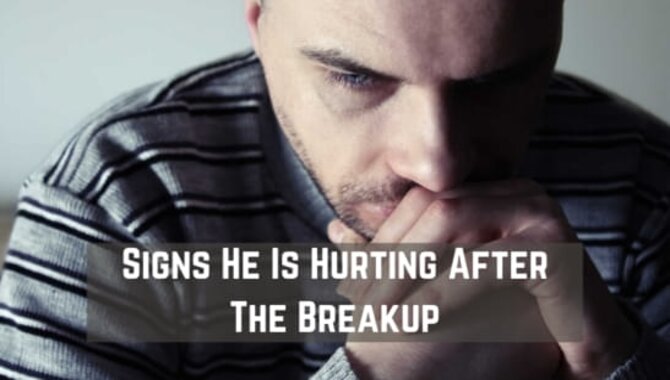 5 Best Signs He Is Hurting After The Breakup 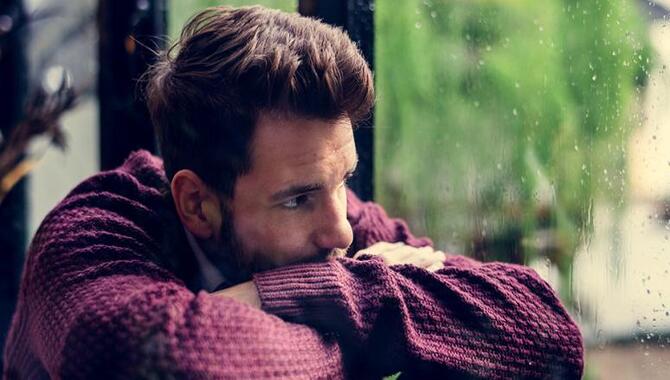 1. He Unfriends You On Social Media 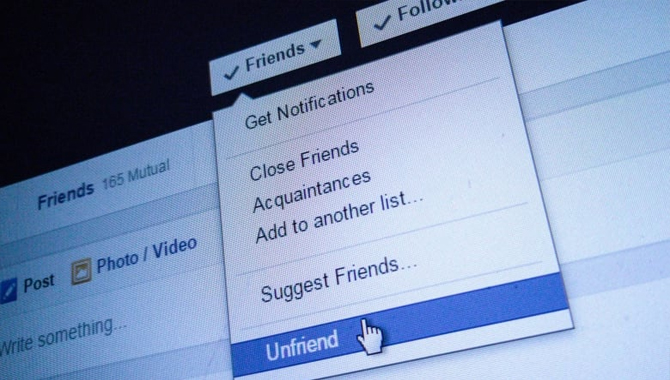 At first, he will stop communicating with you. On social media, he will make you unfriend from his friend list. He will also unfollow you on Instagram, and try to take leave from all the social sites that you can contact him.

He will cut off communication with your mutual friends, and also delete or block your number. You realize that he can do many other things that will hurt you

You might think he’s in a new relationship, so he’s doing it. No, you are absolutely wrong. Remember, the thing that guys like the most is Avoid. They think it goes with their personality. Now many questions may come to your mind.

He gets hurt when he sees you active on social media. He doesn’t want to see your daily updates or daily stories, or about your location. In fact, he wants to avoid you, so that he does not get hurt. That’s why he follows these kinds of ways.

2. He Deletes All Of Your Pictures And Memorizes 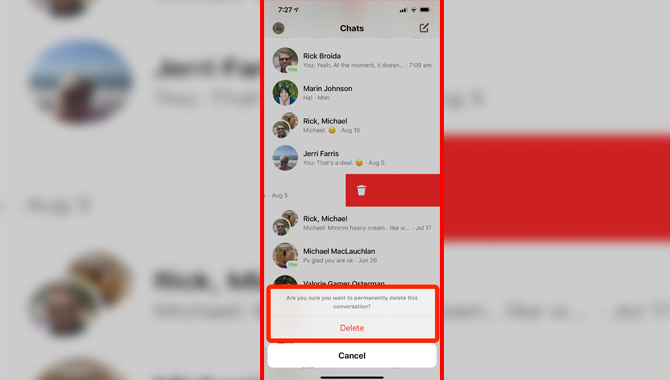 He will delete all your pictures and memorize them from his phone, and will delete all the pictures you have together from social media. Most of the time he avoids these and deletes everything. You might think he’s in a new relationship so he’s trying to forget everything, but this isn’t the case.

Because when he sees your pictures, he will remember how happy he was with you. And these memories will bother him severally. But he does not want to hurt, so he does all this. 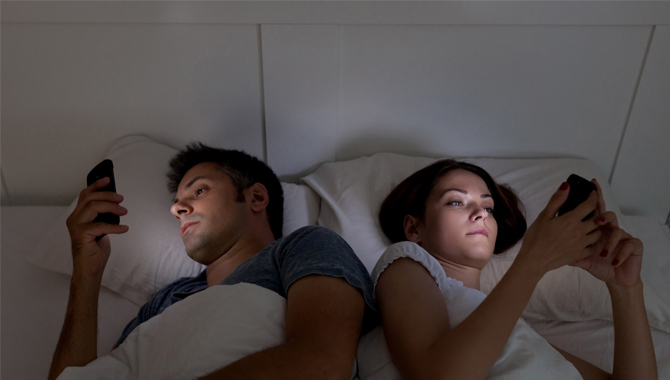 When a beautiful relationship breaks up, the both of them become hurt. At that time the emotion level is very high, no logic works. Then you will always think why it happened, everything was fine in our relationship.

But what actually happens in the case of guys. Your ex will never want to see you after the separation. Because he can’t deal with what has happened. When he sees your face, his pain and anger will increase.

He remembers he lost you and he’s in pain and angry for you. He’ll just remember how badly he treated you, so he lost you. These will give him a lot of trouble and he will not be able to handle it. Because of that he never wants to meet face to face.

4. He Starts Showing Up To Places You Frequent 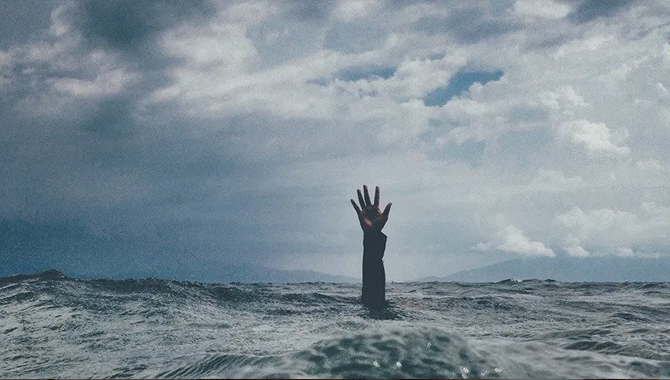 After break up, sometimes the behavior of the boys is very transparent. They do things that he does on his own but react as if it’s just a coincidence.

For example, he will go to the places where you can be found. And when he meets you, he will react as if he did not know that you will be found here. And then he’ll ignore you, he won’t talk to you.

In fact, he won’t even ask you how you are. These guys are too much man for that. He knows where to find you and he will go there and do the show up in front of you. He does this just to see you because he missed you very badly.

And can’t tell you how he feels, he just wants to see your face. It is natural that such behavior should hurt you. He misses you after the breakup, and that’s proof of that. Your ex probably confused himself and started avoiding the whole situation. He is started getting obsessive and buzzing about the breakup.

He’ll want you back in a relationship. He will try to start anew and communicate with you. He will do something to make you happy, and also he will make interesting conversations to keep you happy.

You may wonder why he is doing this now. Because when there is separation, he is in a lot of pain and anger. Then he starts to worry and realizes he can’t stay without you.

This shows that their feelings have been processed and they have hurt a lot since the breakup. If you see these signs in your ex, you will understand that he also suffered a lot after the separation. And he hurts after the breakup.

Some Steps To Deal If He Is Hurting After the Breakup

When a breakup happens, there is a 50% chance that the guy will take it harder than the girl. A lot of girls make this mistake and “assume” that guys are tough and can deal with things way better than them. Such as:

If you know he is hurting after the breakup, do not approach him about it. Guys are way more reserved than girls. When it comes to their feelings ,they will not tell you how feel unless they really trust you.

That’s why you shouldn’t pressure him into talking about how he feels. Just wait until he talks to you about it, that’s when you can step in and help him with whatever problems he might have.

Be there for him when he finally decides to talk to you about it. If he keeps talking about the breakup and how much he misses her, just listen and don’t offer a solution.

Don’t tell him things like “You’re way better off without her”, because that will only make him feel worse. Just be there for him and comfort him as much as you can.

No matter how this conversation turns out, just remember that he is going through a hard time and lots of people. Always forget that guys might take the breakup harder than girls.

1. How Do Guys Feel After A Breakup?

You can help him move on by giving him space to cry, rage, and mourn the loss of his relationship. You will know that he is moving on when he is completely over you and no longer misses your company!

2. Who Feels More Pain After A Breakup?

Ans: Both you and your guy will feel pain after the breakup. He probably feels like he has lost everything because his relationship with you was deeply important to him.

You can help him move on by giving him space, but also letting him know that you are always available to listen and help him process his emotions. You will know that he is moving on when he has finally accepted the loss of your relationship and no longer misses your company!

3. How Long Does It Take A Man To Miss A Woman  After A Breakup?

Ans: Guys typically get over the breakup within 6 months. A guy will start feeling like he has moved on about 6 months after your breakup. You can speed up this process by not contacting him during this time, but also demonstrating that you are simply not interested in being with him.

He is going to keep asking if there is a chance for you two to get back together if he still has feelings for you! You will know that he is really ready to move on when he no longer asks questions about getting back together and his conversations with you are strictly about business.

4. How Do You Know If A Guy Regrets Losing You?

He is going to keep asking if there is a chance for you two to get back together if he still has feelings for you! You will know that he is really ready to move on when he no longer asks questions about getting back together and his conversations with you are strictly about business.

If you are struggling to move on from a recent breakup, it may be because your brain is still processing the pain. Here’s how long this takes and what you can do in the meantime.

In order for us to process emotional distress or heartbreak after a break up, there needs to be time – but not too much!

The average person will take about two months before they have processed their emotions enough .It means that they feel ready to start dating again.

This doesn’t mean that every single person who goes through a difficult break-up will need an entire year before feeling. I hope now you know what are the signs he is hurting after the breakup.