We are living in a technological world. The 21st century is undergoing a massive technological revolution. It affects us in all sectors. Sometimes they do us good and sometimes bad. We use technological equipment to complete almost all our daily tasks. We wake up using alarm technology.

Here we will talk about such a technological device that keeps us safe. That broadens the security of our lives, families, and properties. Yes, it is security cameras. It is a remarkable invention of science. It keeps out the rogues, street thugs, and robbers out of your territory. 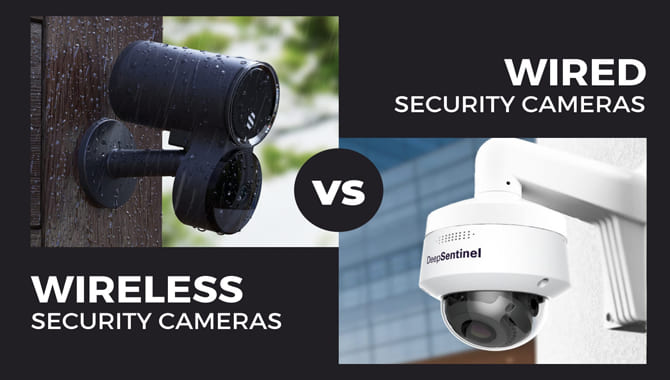 What Is A Wireless Security Camera? 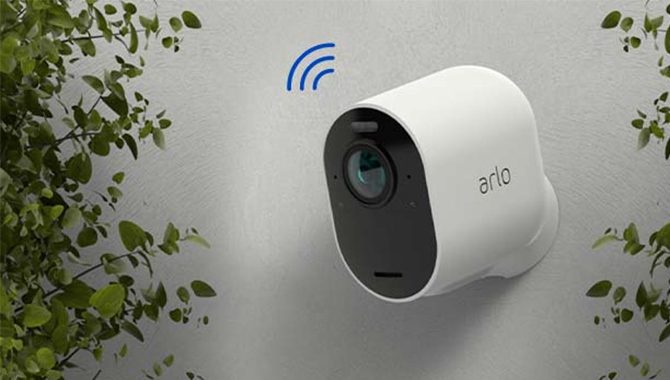 A wireless security camera is a kind of camera that transmits footage over a Wi-Fi connection. This camera uses an AC outlet for the power supply. You must have to plug it into an outlet using a cable. The reason behind calling it wireless is not for its wire-freeness, rather its wireless internet (Wi-Fi). There is another wireless camera powered by a battery. We call it a wire-free camera. You don’t need an electric outlet to power this camera. 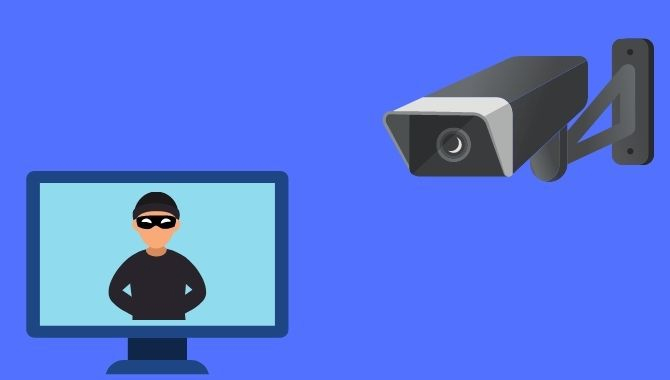 Some cameras also store their footage on local media, for example, micro-SD cards in the camera. As it stores data on cloud storage, we can watch footage from any end of the world. Wireless cameras are very popular for their easy installation process. Smartphones, as well as computers, are used to watch this footage. 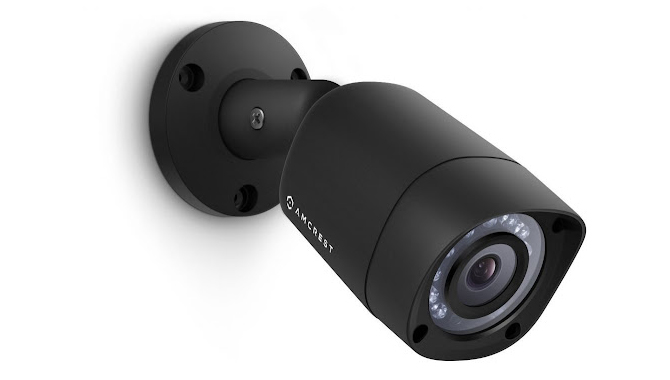 Here we will point out some advantages of Wireless Security Cameras. This will help you to choose and determine which type of camera is better for you. 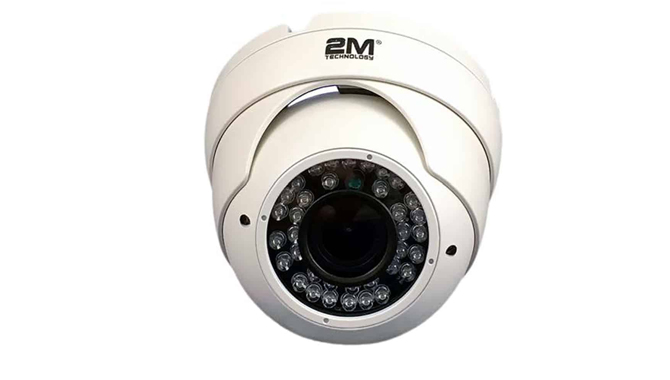 Don’t be too happy yet. There are some shortcomings too for this one. Let’s take a quick look before we discuss wired security cameras.

Now we know the advantages and disadvantages of wireless security cameras. Confused? Let’s check out Wired Security Cameras below to take aside your confusion.

What Is A Wired Security Camera?

Wired home security cameras are those cameras that are connected to the power source and the internet connection by a cable. This camera is well-known as a DVR. It refers to Digital Video Recording. It is a recording device associated with cameras. They are classified into traditional DVR and NVR. The latter refers to Networked Video Recorder. The DVR uses a cable to transmit data. This same cable powers the camera itself. On the other hand, the NVR system uses ethernet to power and capture footage. NVRs are more developed and powerful than DVRs. 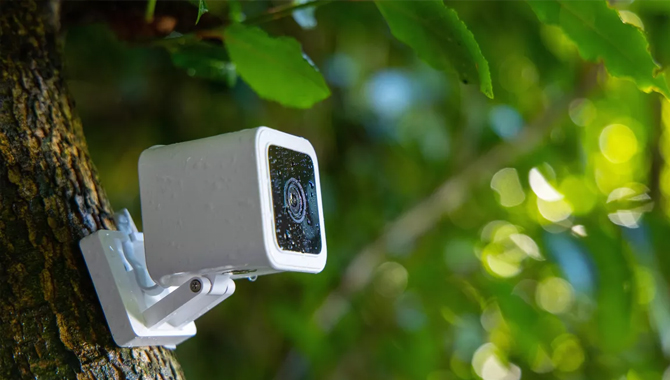 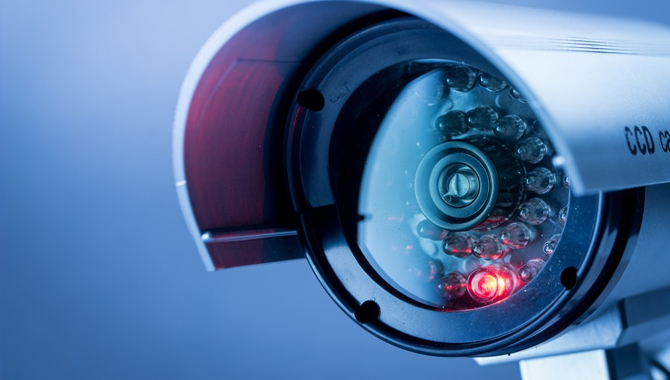 Now we will discuss the advantages of Wired Security Camera so that you can differentiate between the two types. 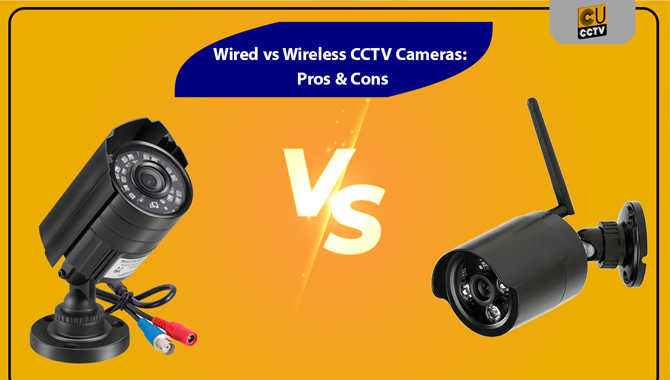 Consider some disadvantages of wired security cameras before you make up your mind. 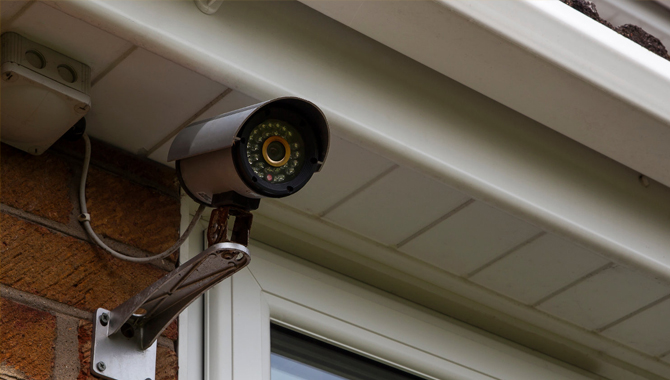 Here comes the decisive moment. This section will determine which camera has the upper hand. As things stand, it is very difficult to choose between the two. Both of them have some shortcomings. So, you have to buy the one that suits your purposes best. Let’s try to get this straight below.

Now coming back to the all-important question, are wireless security cameras better than wired ones? As all things appear, yes, wireless ones are better than wired ones. It is modern-day technology. It is easy to install and use. It provides cloud storage facilities. And finally, it is not a walk in the park to hack into. Wireless Security Camera manufacturers provide strong security measures. Your security concern might not be a big deal.

1.Can Wired Security Cameras Be Hacked?

Ans: It usually depends on the camera, though battery-operated wireless security cameras are becoming much more common. They do not need to be plugged into a power source or even directly connected to your television or monitor.

3.Can You Disable a Security Camera With A Laser Pointer?

Ans: You can point a laser at a security camera, but it is unlikely to have an effect. Cameras are not light sensitive so do not depend on any change or effect to alter their function.

4.Can I Wire A Wireless Camera?

Ans: Yes, wire a wireless camera! There are three common wire setups:1) wire to an outlet or wire directly into the wall, 2) wire to a battery pack, or 3) wire to an adaptor.  Check your camera’s user manual to figure out what kind of wire is needed (some wire setups may be very different), and where the wire should go into the camera.

5.Do You Need Internet  For  Wired  Security  Cameras?

Ans: With wired camera systems, the internet is not required. They can operate independently from your network and without any access to the outside world, which is great if you want your camera system to be as unhackable as possible.